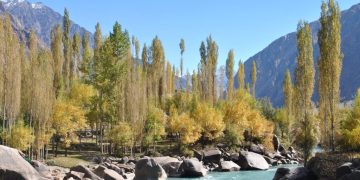 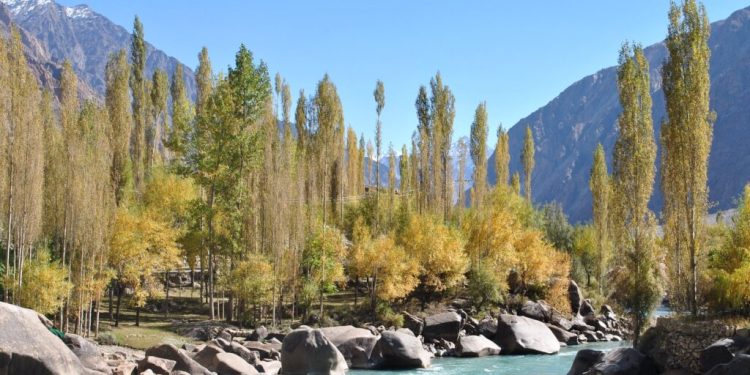 The best time to go to Yasin Valley

The period between April and October is the ideal time to plan a trip to Yasin Valley. But, outside of this period you’ll be faced with extreme cold and harsh weather as well. I was there in the middle of May, and the valley was lush with mountains covered in snow. However, it was cold at night, however the temperature during the day was just right. So, I would suggest that July and August is the best season to go to Yasin valley.Because you can also take advantage of the fruit and fishing during this time. The disadvantage is that during these times there is a massive flow of tourists from all over Pakistan.

From Gilgit to Yasin

Local Hiece services is your most suitable alternative. You must book tickets from the nearby Gahdi bagh under the bridge called Shajee Ada on river view road. The buses leave every hour from 10 am and 5 pm. The cost of the ticket is 500 rupees. Once you’re on Hiace’s Hiace Van, it will take two hours to get to Gahkuch where you can rest and have tea The journey continues at 2 hours, and then after that you’ll arrive at Yasin Valley(central Yasin). It takes about 4 and a half hours to arrive at Yasin via local transportation. However, when you the return journey to Gilgit the buses leave early, around 5 AM. Therefore, you must also be prepared to when you return.

Yasin valley is usually cold. The winters are especially harsh, with temperatures dropping to -15 degrees at night. The days are generally sunny which makes it comfortable in the daytime.

The ideal season to go to Yasin Valley is from May until September, when the valley is awash with sparkling lakes, lush greenery and snow-covered peaks that lift your spirits.

THE WEATHER IN BROGHIL VALLEY

Due to its elevation due to its altitude, the conditions in Broghil Valley can be extremely brutal, particularly during Winter months. In the average, the valley gets between five and six feet of snow each year. Dust storms and heavy rainfall are also quite common.

The ideal season to go to Broghil Valley lies between June and August. That’s the time to witness vast green fields, the flowing waterfalls crystal clear lakes, and vibrant festivals that make Broghil Valley one of the top tourist spots in Pakistan.

Other passes include Lowari Top, Shandur Top and Dorah Pass. Broghil Valley Pass stands at 12,460 feet above sea level and traverses the majestic Hindukush mountain range along the Durand Line, connecting Wakhan District in Afghanistan to Chitral District in Pakistan.

It is regarded as a significant mountain pass in the past.  The genetic marker has since changed into M173 and later M343 and is carried by a significant portion of the population on the continent.

In a tribute to their traditional culture, the inhabitants of this magical valley take part in unique sports like horse racing, free-style polo. And donkey racing, among others throughout the event. But the Yak race and yak polo are the main highlights during this festival. Broghil Valley Festival.

Phander Valley is located in Ghizer district in Gilgit Baltistan, Pakistan known as a stunning valley due to its breathtaking scenery and an elevation of 2904 meters (9528 feet).

Are you sure that Phander Valley beautiful?

In terms of its stunning landscapes are concerned , I can guarantee you that it’s the most stunning and Uniquest valley on the face of earth. It has everything that will draw visitors. Nature’s beauty can be seen in every single grain of sand of it

It is very feasible to play skiing, ice hockey and many other sports during the months of December and January.

The number of tourists who visit Skardu during winter as when compared with summer is almost zero. The opening of the Skardu road as well as the recognition of international status for Skardu airport is sure to increase tourism to Skardu in the near future. The need for good management of facilities to handle the influx of tourists visiting the region’s mountains. If there is no effective control system in place, the consequences could be catastrophic due to the high level of pollution, and also impact the environment.

The future of tourism in Skardu

It is imperative to make some important steps promptly to protect the natural resources. That will surely pay back in the near future. The entire region is confronting climate-related issues as a result melting glaciers and floating in different parts in Gilgit Baltistan. Many tourists with no well-equipped systems could cause a catalytic impact of climate-related issues.

There are a myriad of tourist destinations within a radius of 200 km, including waterfalls Rocky Mountains, meadows and rivers, fishing spots trails, hiking trails, and the sky-touching mountains like K2.

Because this valley is nearly a dead end at the Tajikistan or Afghanistan border, not too many people are brave enough to venture there and cross the high-altitude passes above 13000 ft.

The colonial British promoted infighting amongst the various royals of Chitral over the valley, sent Dogra armies to take over, and eventually took over the valley directly.

Because Yasin has so many mountain passes connecting to Chitral. It is, therefore, not a coincidence that the Mehtar of Chitral used to control the whole of Yasin Valley by force.Garhi Yasin Weather Forecast. Providing a local hourly Garhi Yasin weather forecast of rain, sun, wind, humidity and temperature.

Administratively it constitutes a Tehsil of Ghizar District, one of the five Districts of Greater Gilgit Baltistan Area (GGBA). Because of its geo-strategic importance, Yasin has long been of a vigorous profile to international powers such as Chinese, Indians, Russians and British.

The watch-dog of British India always feared the Czarist Russians invasions through Yasin. A Chinese General Kao Hsien-chih ran his expedition through Yasin to deal with the Tibetan invaders at Oxus in A.D. 747. Yasin has long claimed pride to be the shortest means of communication between Oxus and Indus.

The citizenry has maintained an example of harmonious co-existence over years.
Yasin Valley came to the attention of Victorian Britain following the murder of the British explorer George W. Hayward in the upper reaches of the Valley

People and LanguagesBiddulph classifies the original inhabitants of the valley as Yashkuns, also they refer to themselves as Boorusho.  Central Yasin is a long sprawling series of settlements collectively known as Yasin. There are still remains of the fort built by Gohar Aman, one of the valley’s most celebrated rulers.

The bottom of the valley rises from 2160m in the south up to over 2700m near the village Darkut.
Tags: adventuretaveltourtrip
Share197Tweet123Share49 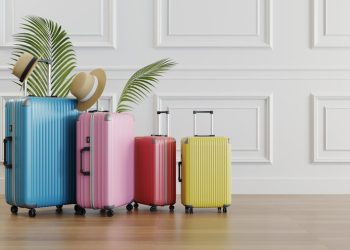 Why Did You Choose a Luggage Store for Baggage Purchases?

When you're looking for luggage, what are some things that you might consider? Is price important to you? Are designer... 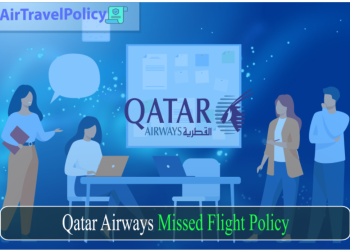 Many of you may have experienced the uncertainty of a waitlisted train ticket. Usually, a train trip's excitement goes out... 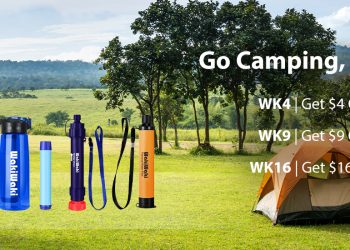 Can You Filter River Water to Drink?

In《Man vs. Wild》， The wilderness survival experts Bear and Bee in every challenge wilderness, attach the most importance to the...