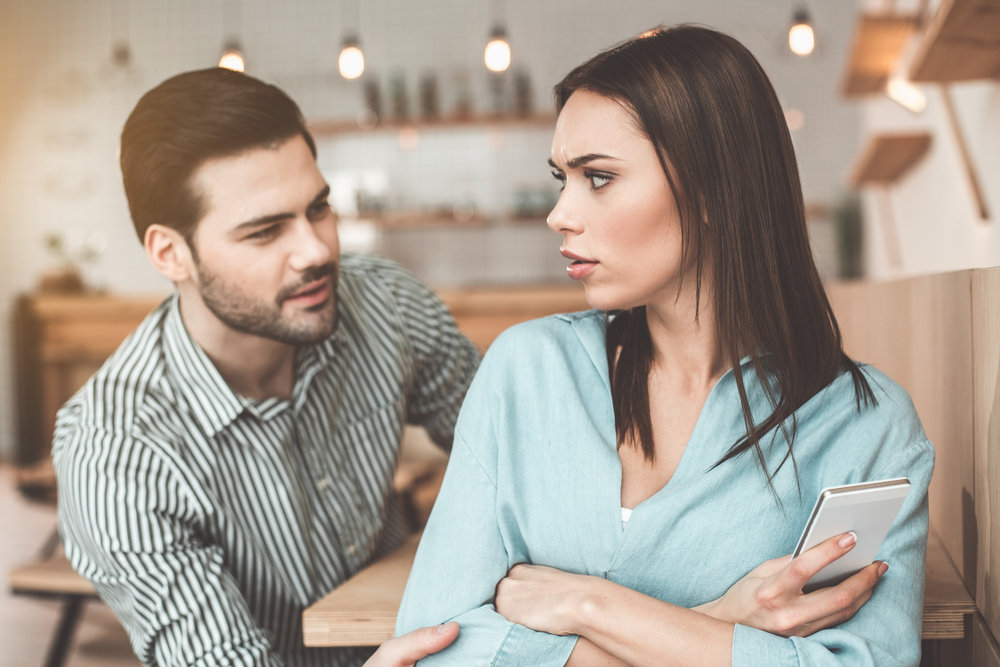 Why do people get divorced?

Why do people get divorced?

When two people have 20-30 years of marriage behind them, they look like one whole and they have an inextricable relationship. And then, to everyone’s surprise, divorced follows. What caused this?

Today, divorce has become a social norm, and every year the number of people who are ready to keep an unsuccessful marriage at all costs decreases. According to research by sociologists, the number of divorces is growing all over the world. Scientists analyzed data for 40 years in 84 countries of the world and came to the conclusion that the percentage of divorced has doubled during this time.

Divorce is a daunting word for many married couples. It does not happen suddenly and is not accidental. However, it deals a crushing blow to the psyche of every family member. 5, 10 or 15 years of marriage can collapse at any moment. It seems that recently, a still happy couple, who confessed their love to each other and dreamed of meeting old age together, announces a divorce.

A midlife crisis most often affects perennial couples. It happens with both men and women. The crisis begins at the age of 40. At this time, we begin to ask ourselves questions: who am I? Will I live like this? Where am I going? Am I with the right partner? The crisis changes ideals. People in a crisis often ask themselves philosophical questions, and the thought of divorced seems like a solution to the problem and offers a chance for a fresh start.

She destroys marriages at any age of partners, but we will analyze exactly the betrayal that occurs in adulthood. Sometimes people with financial stability, property, and strong relationships begin to think that when they have contributed to the well-being of the family, the partners do not value them and try to find confirmation of their importance outside the family.

On the other hand, infidelity in adulthood is often compensation. As a rule, emotional alienation between spouses happened a long time ago and the betrayal that occurred is the result of a broken relationship.

Almost all people change in their lives. The reason for divorced may be that they change at different rates. For example, if one partner has gone far ahead in his development, and the other has remained at the same level, then parting in such situations is almost inevitable.

By the age of 25-30, the spouses have accumulated a certain negative baggage of mistakes, disappointments and mutual reproaches. Sometimes this burden is simply ignored, and sometimes it happens that the glass is overflowing and the decision to divorced seems to be the only acceptable option.

Completion of the “project”

Very often, spouses support marriage only because, for example, they are raising children. Then the children grow up and it becomes obvious that the “project” is completed. Other factors can also be a “project”: mortgage payments, caring for a sick relative, education, and much more. In addition, the financial well-being of the family can be the connecting link.

At the age of 40-50, many have a desire to relax and enjoy life. At the same time, they have the opportunity to do what they love or hobby, especially in the case of completing any of the “projects” of the previous paragraph. The time comes when a person realizes that the years go by, and his talent has not yet been revealed, his dreams do not come true. It seems to him that his family is hindering him and wants to free himself.

All ages are susceptible to love, and it often happens that one of the spouses falls in love in adulthood. The last love can be stronger than the first and, as a rule, the choice is made in favor of newly formed feelings.

It is important to know that divorce is neither good nor bad. It just happens. Each couple, and especially those who have been married for many years, must decide whether divorce is the only way out of the situation, since most of the above problems can be solved – to find the reasons for the routine in the relationship, to remember the good moments that made you love each other, to replenish stock of impressions, renew or form family traditions and just want to be happy together.

Psychologists identify the following reasons that can contribute to divorced:

There are many reasons, but the main one is the growing tension and lack of understanding between the spouses. Whatever conflict situations arise, there is always a favorable way out. But if people cannot find a common language and agree, then the gap between them will certainly grow.

Divorce does not come immediately, it is always preceded by a pre-divorced situation. The tension between spouses can build up for years until the cup of patience is overflowing.

Quarrels, scandals, fights, aggression – these are all signs of dissatisfaction with family life. And if at this stage people do not start looking for harmonious ways to resolve the conflict, then divorced cannot be avoided.

Who is the initiator of the divorced?

However, I am not saying that it is necessary to preserve the family in every possible way when there is nothing left of it. Just imagine how many women in Russia endure domestic violence or forgive their husbands for infidelity. It doesn’t even come close to family harmony. This behavior can cause tremendous mental damage to both the woman and her children. In some cases, divorce is a favorable outcome of events.

Still, women are more likely to file for divorced than men. What pushes them to this step? And why do men leave less often?

Nowadays the woman has become more independent from the man. She strives to provide for herself and her family on her own, creating an airbag in the form of a good career and material wealth. A wife is no longer just a housekeeper and the mother of his children. This is a woman with her own opinion and social status. Sometimes her position in society is higher than her husband.

However, this state of affairs does not protect the interests of the family, but on the contrary creates a condition for the emergence of conflicts. A real man by nature strives to be the leader and head of the family. And modern women often stifle these qualities in their spouses by their behavior. Trying to push harder on a sore spot or bite a living.

The most interesting thing is that even with a mistress, a man is in no hurry to leave his family. He prefers an already established way of life, especially if it suits him, than the unknown with a new darling.

Why men have mistresses, read the article “12 reasons why a husband is cheating. What to do? Recommendations of a psychologist.”

A woman, by nature, needs a sense of security. Therefore, guided by the instinct of self-preservation and having great social opportunities, she is quite capable of making a choice in favor of loneliness than tolerating a tyrant or traitorous husband.

Why do people get divorced after years of marriage?

You are amazed when you see an elderly couple walking arm in arm. Almost every lover dreams of such an old age. But why do the majority never experience this happiness?

Why do people get divorced even after 10 or 20 years of marriage? After living for so many years, they are already connected by a lot. They should be like family to each other.

Every married couple experiences crises in relationships, which often end in divorce. Lysova A.V. defines a family crisis as a state of family disorganization, during which family members experience a profound breakdown in life patterns or methods of coping with stressful situations.

The following characteristics of a family crisis are distinguished:

In order to understand the reasons for divorce after a long cohabitation, it is necessary to consider what standards.

S. Kratokhvil speaks about four crisis periods in the life of a family:

1. The first year of married life is adaptation to each other, when the spouses begin to realize themselves not only as separate individuals, but also to perceive the integral “We” system.

Falling in love passes and we appear before each other as we are. Often, rejection of the spouse’s personality traits leads to divorced.

2. The appearance of children triggers the mechanism of the next crisis period. The life of the spouses is changing dramatically.

During this period, women often concentrate all their time and attention on raising children, while relations with their husbands fade into the background. In parallel, the wife has a feeling of fatigue and decreased sexual activity. All this can give rise to serious misunderstandings and conflicts in the family.

3. Crisis period is characterized by conflicts of uniformity. Saturation occurs with each other. Lack of joy in married life leads to a search for new sensations. It seems that the couple studied each other up and down.

4. The next difficult period of family life comes after 18-24 years of marriage.  The restructuring of relations between a man and a woman is taking place again. The wife becomes more emotionally dependent on her husband.

Thus, in different periods of married life, a critical situation may arise. In this case, the spouses can strive for mutual understanding and support, or blame each other and show aggression. What methods of interaction they choose will determine their further coexistence.

Finally, I want to say, love and respect each other. But if you feel that clouds of negativity have accumulated over your family, you should not wait until everything goes away, try contacting a psychologist. Perhaps a family counseling session will help you overcome the crisis and reach a new level of relationship. 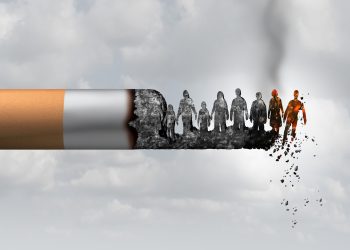 26 Health Effects of Smoking on Your Body

Each pack has an explicit warning from the government about the health risks of smoking however, how harmful are cigarettes?... 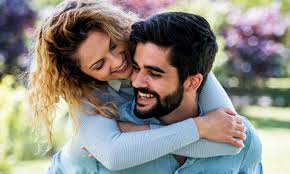 How to Build a Strong Relationship with Your Partner

Every relationship has ups & downs, and they require effort, dedication, and a  ability to adapt to make good tuning... 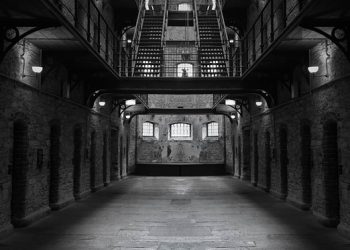 Tips for Those Supporting a Partner Who is Incarcerated

If your partner has been arrested and is incarcerated, you may feel various emotions, from shock and confusion to fear... 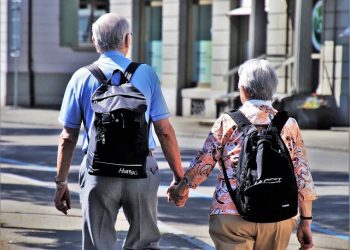 Tips to follow when meeting your sweetie's parents: You have met a great man. You both fell in love and...