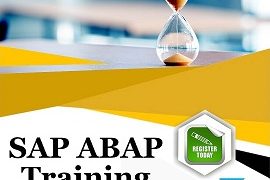 What is the use of SAP ABAP?

What is the use of SAP ABAP?

Companies that use SAP ERP software are not strangers to ABAP.

by rajarya
in Computers and Technology, Education
0 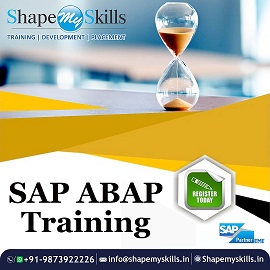 Companies that use SAP ERP software are not strangers to ABAP. Developed early in the 1980s, ABAP is a state-of-the-art, fourth-generation SAP programming language used by developers to customize SAP ERP platforms. ABAP helps customize workflow management, asset management, and more. It is specially designed to allow bulk data processing for SAP business applications, which helps to solve challenges with time-consuming manual processes and data overload.

In this blog, we will also explain the concept of coding in relation to ABAP, explain what ABAP is and its meaning, why SAP created ABAP, and why SAP application development platforms help ABAP developers modernize their business processes.

Before getting into what ABAP is, it is important to highlight how it relates to code and editing. Developers use ABAP to select process plans and objectives within SAP in hopes of developing SAP-based applications. The ABAP code can be written in two different ways. The first, source code, can be viewed and edited with ABAP Workbench tools. The second form is called the generated code.

Usable ABAP systems are divided into two types: reports and module pools. Its usable features are subroutines pool, workgroups, object classes, and interface pool.ABAP Language is an easy-to-understand program for programmers. However, it is not a good tool for non-programmers, and it includes complex features.

ABAP stands for advanced business application programming but is commonly referred to as ABAP. ABAP is a high-level planning language created by SAP that assists large companies to customize their SAP ERP platform. It is the main programming language supported by CRM, S / 4HANA, SAP ERP, and SAP NetWeaver ABAP platforms and application servers. Although other solutions, such as SAP Business One, SAP Ariba, and derivatives such as SAP Concur and SAP SuccessFactors, work primarily in other languages, ABAP will still play a role in these solutions integrated with the central, ABAP-based SAP ERP or SAP. S / 4HANA system. ABAP allows SAP clients to customize the flow of accounting work, asset management, asset management, and all other SAP modules. Learn more at ABAP Development Tools for SAP NetWeaver.

SAP first introduced ABAP in the 1980s for SAP R / 2 with the intention of SAP clients using it to improve their SAP systems. ABAP is derived from COBOL and was originally designed for SAP R / 2 which works with large frames. With the advent of the Client-server, ABAP was adapted to fit Client-Server technology but carried many remnants from SAP R / 2 to SAP R / 3 and was later incorporated into current SAP versions. ABAP provided customers with the ability to create custom reports and visual connections, but the language itself was aimed at additional technical clients with editing experience. The ABAP language was used by technology clients and developers to develop SAP R / 2 first and later R / 3, ECC, and now S / 4HANA ERP applications. So what are some of the challenges that non-developer SAP users face?

Challenges with ABAP for SAP users

While SAP ABAP Online Training can be easy to use for programmers, it creates roadblocks for SAP users who are not technically inclined. Some of these challenges include:

The ABAP process takes special time and skills. This slows down the marketing momentum and business participants are deprived of the speed at which ABAP customization can be delivered. Sometimes depending on the need of the business, it may be too late for business users.

ABAP is an intermediate program for SAP users and plays a major role in all business organizations. This program is best known for its complexity. In addition, there is a high demand and low supply of professionals with ABAP experience and they charge a staggering price. This can have a profound effect on your total cost of ownership (TCO) in your business software.

Many clients have more ABAP customization in their SAP area. Non-traditional traditional items are available, a lot of time and effort is required whenever a patch, service package, or Enhancement package needs to be used in SAP ERP.

There is a large amount of unnecessary code that needs to be removed but transported from system to system during development, such as R / 3 to ECC to S / 4HANA. This only adds to the technical debt that adds to the total cost of maintaining the SAP system. So what should SAP users do to tackle these challenges and make SAP more modern and supportive of ABAP, without gaining technical knowledge?