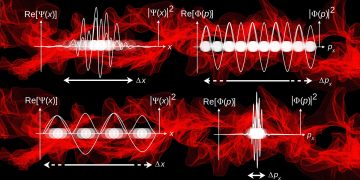 What is Quantum Mechanics?

What is Quantum Mechanics?

by Oscar Leo
in Education
0 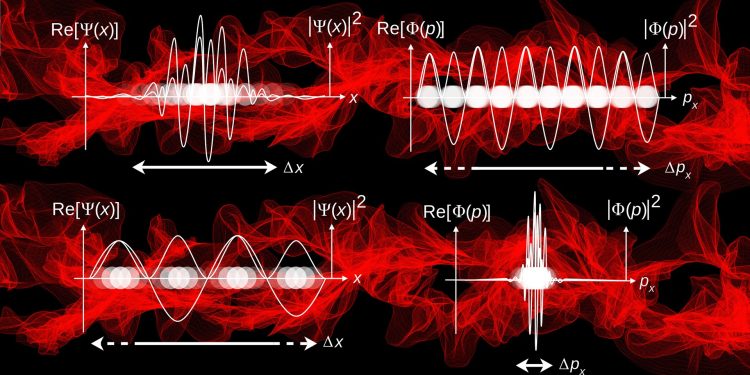 Quantum mechanics is an elementary theory in physics that gives explanations at the scale of subatomic particles. It is the basis of quantum physics, quantum field theory, quantum information theory, and quantum chemistry. It allows the calculation of behaviour and properties of physical systems. It is predominantly applied in minute systems, which include subatomic particles, atoms, and molecules. It has proven to be consistent across most particles and phenomena at the subatomic level.

A basic feature of quantum mechanics is that it generally cannot predict with high certainty what will occur but only provides probabilities. Predictions of quantum physics have been successfully verified experimentally to a high degree of precision. Analytically, a probability is calculated by taking the absolute value’s square of a complex number, called probability amplitude. This is called the Born rule.

The Origin of Quantum Mechanics

Quantum mechanics originated in the early 20th century, propelled by the necessity to describe subatomic phenomena that classic physical laws cannot explain. Scientific study about the wave nature of light started in the 17th century. Physicists such as Christiaan Huygens, Leonhard Euler, and Robert Hooke presented a wave theory of light built on their experimental observations. In 1803, Thomas Young conducted the renowned double-slit experiment. This optical experiment played a significant role in the wide acknowledgement of the wave theory of visible light. In 1859, the black body radiation phenomenon was detected by Gustav Kirchhoff.

In 1900, a hypothesis about energy was suggested by Max Planck. He stated that energy is absorbed and radiated in discrete energy packets or “quanta”, resulting in a calculation that exactly matched the detected characteristics of blackbody radiations. The term “quantum” originated from Latin, meaning “how much” or “how great”. According to Max Planck, energy quantities could be considered distinct small quantities whose size is proportional to their inherent frequency ([latex]\nu [/latex]):

Here, ‘h’ is Planck’s constant. He delicately insisted that this characteristic was only a feature of the processes of emission and absorption of radiation. He insisted that it was not the physical reality of energy radiation. Interestingly, he thought this hypothesis was just a mathematical ploy to get the desired answer rather than a significant discovery.

In 1905, Albert Einstein explained Planck’s quantum principle practically and applied it to describe the photoelectric effect (striking light on particular objects can emit electrons from them). A quantum harmonic oscillator is one of the significant implications of quantum mechanics at the subatomic level. Niels Bohr further refined Planck’s concepts about energy radiation into a hydrogen atom model that precisely predicted hydrogen’s spectral lines.

Quantum mechanics has been successfully explaining many characteristics of the Universe, with regards to subatomic scale and discrete values and interplays, which cannot be described by classical techniques. Quantum mechanics is the only theory that can disclose the unique properties of subatomic entities that compose all forms of matter (photons, neutrons, electrons, protons, and others). Material and solid-state also depend on quantum mechanics. It is very important to analyse how each atom is connected by covalent bonds to construct molecules. In many scenarios, modern technologies work at a scale where quantum interactions are significant.

The main applications of quantum mechanics include quantum computing, light-emitting diodes, quantum chemistry, superconducting magnets, optical amplifier, quantum optics, lasers, semiconductors such as transistors and microprocessors, and research and medical imaging methods such as electron microscopy and magnetic resonance imaging. It is also used to explain physical and biological processes that are based on chemical bonds. For example, minuscule molecule DNA. Quantum interactions completely control the subatomic realm.