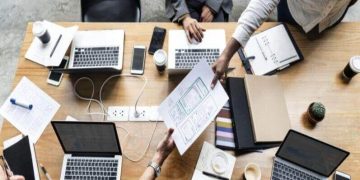 Are you looking for the best language for your iOS app development? Explore this blog to know all the leading languages to create great iPhone apps.

by GlanRia
in App Development
0 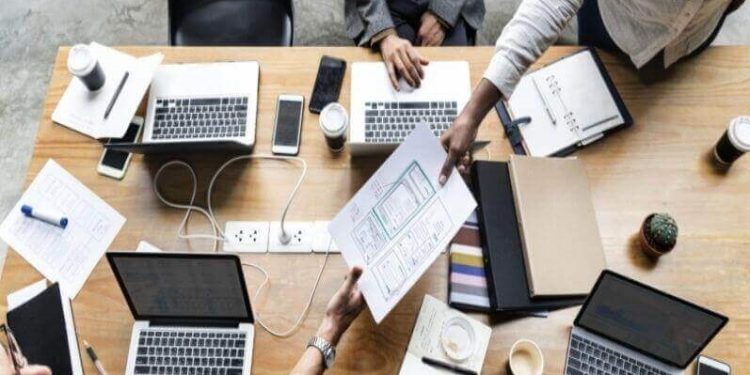 Today, mobile has taken on a crucial role in our personal and professional lives. If you look closer, research suggests that 56% of individuals access the internet using their mobile phones, while the remaining 43% use computers and tablets.

Surprisingly, just about 27 percent of those 56 percent are iOS users, and this percentage will certainly rise over the next few days. They have surpassed a 1+ Billion active user base because of the demand and devoted client base. Compared to other OS, this statistic is pretty depressing, and the income potential is likewise big.

On the iOS platform, which Apple’s App Store supports, millions of apps are produced each year, but it’s not easy to stand out. They have a few checklists, several languages, and rules that each iOS & iPhone app developer must abide by. Speaking of which, we’ll focus on the Top 6 programming languages for creating iOS apps. Let’s examine each of them individually.

Since its introduction in 2014 as a replacement for Objective C, Swift has grown in popularity among iOS developers and is now one of the most widely used languages for creating iOS, iPadOS, macOS, WatchOS, and itvOS.

According to the PYPL Index (Popularity of Programming Language), Swift is the eighth most popular programming language globally, with a market share of 2.03 percent. The following three factors contribute to its widespread appeal:

a) Speed: Swift was developed by Apple to replace Objective-C, C, and C++. Unlike those languages, Swift is much too quick and fluid, and it performs most operations astoundingly.

b) Security: Compared to other platforms, working on Swift is significantly cleaner and safer. Safety should always be your priority when working on a project. Swift cannot, by default, be “nil,” and its compiler will forbid you from doing so, protecting your program from unintentional crashes.

c) First Language: Swift is an excellent option starting because it provides interactive free courses for developers and is presently accessible for the iPad under the moniker Swift Playground.

In 2000, Microsoft unveiled it as a persistent rival to Java. It is an an.Net framework-integrated object-oriented programming language. Due to its straightforward and high-level architecture, C# has grown in popularity over time and is now used by 31.4% of programmers worldwide.

It is now rated 7th internationally. In addition, several more elements can help you make a better-informed decision regarding this programming language.

a) Open Source: In 2014, it became open-source due to developer demand.

b) Responsive: C# has considerable rapid reaction timing during compilation in terms of execution speed.

c) Library: C# is quicker than other languages since it offers various libraries with pre-defined functions.

To offer an extension of OOPS and related capabilities, Objective-c was developed. It is now one of the greatest options for developing iOS apps and was extensively utilized by mobile app developers long before Swift was released. Aside from this, an Objective may also be incorporated while designing an iOS app after taking several factors into account simply because there is much more financial potential in the iOS market.

a) Derived from C/C++: The core foundation of utilizing Objective C is that it is being derived from C/C++, allowing it to compile any C program using its compiler and to include C language code within an Objective-C class, making it easy, versatile, and scalable for developing mobile apps.

b) Community Support: Regardless of the language you are learning, there may be occasions when you get stuck someplace and need help coping. Since Objective-C was created much earlier than Swift, it offers substantial forum help. Hundreds of questions are posted daily, and you may obtain immediate assistance for your problem.

c) Simple to Use: Objective-C is one of the easiest programming languages due to its superior run time and simplicity.

d) Easy to Go: Due to its clarity and excellent runtime, Objective-C is one of the most fundamental programming languages available today, especially if you use robust SDKs.

What if we told you that you could choose a lightning-fast language that is appropriate for the modern digital age. Yes, Flutter provides a quick user interface and immediate reloading, allowing the user to observe the most current updates without losing any important information.

If you’re interested in learning how to create iOS apps, you should look at this complete SDK, which was introduced by Google in 2015 and released in 2017.

The use of Flutter must be justified; here are a few examples:

a) Widgets: Flutter provides a vast selection of ready-to-use widgets, enabling developers to use them as they create iOS applications.

b) Flexibility in implementation: Flutters enables any user to utilize any complicated implementation through a bespoke user interface that can be used on any platform. Developers can save time and effort thanks to it.

c) Less Coding: Google released Flutter in 2017 with the idea of freeing up company personnel and time. Flutter was developed using the JIT and AOT features of the Dart programming language, which allows for further time savings. Flutter also makes it possible for UI to refresh without introducing any undesired modifications.

Developing apps for iOS platforms frequently makes use of React Native. It is provided by Meta and has a sizable user base. You may also use it to launch your app on the Android operating system. In addition, it is one of the easiest programming languages to learn, making it the first option for app development companies who want to create iOS apps.

React Native has many benefits, including:

a) Large Community: You can always discover solutions online when you’re stuck.

b) Reusable: Everything in React Native is a component, making it reusable.

c) Hot Reloading: You may view your changes in real-time with hot reloading. You don’t have to build your app to notice modest changes constantly.

HTML5 (HyperText Markup Language) ranks last on this list and is currently used on 89 percent of websites. Combining Jscript with CSS, it is used to construct apps. These days, small-scale entrepreneurs use this language since it doesn’t take much time and is also thought of as a very economical toolbox.

If you’re just getting started, you can study and create iOS apps with HTML5. However, you could look at some of these highlighters before jumping to conclusions.

a) Limitations: As I’ve already indicated, it may be suitable for novices. Therefore it has limited capability and may cause problems while working on complicated objects.

b) Popularity: According to a Stackflow poll, it is the second most widely used language worldwide among developers.

c) Accessibility: HTML5 is the technology for you if you’re seeking a way to design applications that can be used offline quickly.

d) Compatibility: It concerns older browsers and the ability to create Native apps using HTML5. HTML is still not always the best option for developers. Due to its limited usefulness and lack of flexibility, bespoke design has several problems.

This information may be useful if you plan to start your project with iOS app development from a leading agency in Canada like AppStudio. Depending on the situation, it is imperative that you choose the ideal language to launch your profession or business. It all depends on your priorities and whether you need a certain language.