Some of The Best Web3 Game Development Platforms Out There

Some of The Best Web3 Game Development Platforms Out There

by sandumildred2022
in App Development
0 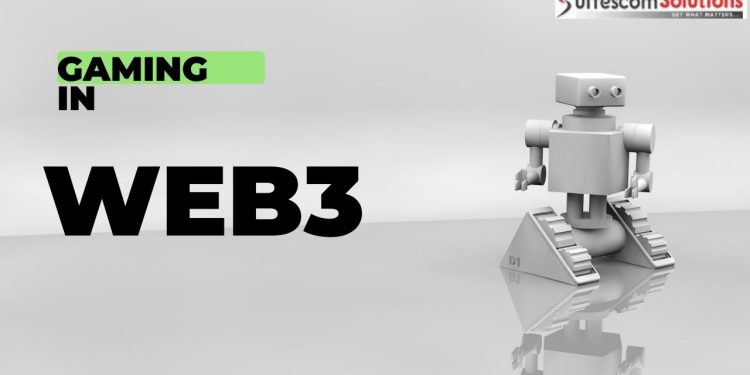 It’s becoming increasingly difficult to ignore the rise of blockchain games. By using Unreal Engine and Unity Web3 game creation, more players are embracing decentralized monetary systems like cryptocurrencies and non-fungible tokens (NFTs) (DeFi). Your project’s specific needs will dictate which of the best Web3 game development platforms to use.

Blockchain gaming is shaking up a multi-billion dollar industry and bringing people who don’t know much about crypto into the Web3 world. Platforms for making blockchain games, like Unity and Unreal Engine, let game developers make immersive and fun games that can easily interact with public blockchains. Help to bridge the gap between traditional games and Web3 games is provide by Unreal Engine and Unity Web3. Web3 game developers must be familiar with these game engines to create their Web3-compatible games. However, if you know what distinguishes them, you’ll be able to choose the ideal one for your next endeavor.

This article will discuss the best platforms for making blockchain games. We’ll discuss how blockchain gaming works and why it’s becoming popular. Also, we’ll talk about how to start making games with Unreal Engine and Unity Web3. We’ll also give tips to help you choose the best one for you!

How does Web3 Gaming work?

Blockchain gaming, also known as Web3 gaming, is a form of video gaming that incorporates blockchain technology. Decentralized applications (dapps) can be interacted with using cryptocurrencies and non-fungible tokens (NFTs) in the gaming environment. Because they allow players to “have skin in the game,” the emergence of cryptocurrencies, decentralized finance, and non-fungible tokens (NFTs) is altering how people play games. GameFi (gaming and finance) combines game theory dynamics with DeFi incentives to enable participants to profit without exerting effort.

The Blockchain doesn’t record everything about a Web3 game. Most essential parts of making a Web3 game use standard programming techniques and run on servers and consoles like regular games. But public blockchain networks are needed for in-game economies, leaderboards, NFTs, in-game items, character upgrades, and DeFi features. So, blockchain game development platforms give players different ways to interact with blockchain networks.

The landscape of Web3 games is make up of several smaller groups. In the past few months, metaverse gaming platforms have been one of the biggest reasons people have started using Blockchain. The next step for the internet is the metaverse. It combines virtual worlds in three dimensions, augmented reality, non-fungible tokens (NFTs), and token economies. The play-to-earn (P2E) model is another reason more people are playing Web3 games. Players can earn cryptocurrency rewards by participating in tournaments, battles, and challenges on P2E gaming platforms. The P2E model has had a significant impact on games like learn-to-earn (L2E) and move-to-earn (M2E), which are similar to P2E games (M2E).

In Web3 gaming, cryptocurrencies and NFTs are significant. By doing tasks and taking part in tournaments, players can earn cryptocurrencies. In a game’s economy, these tokens often play a more substantial role by making buying in-game items and other assets easier. To assist them in progressing in the game, players can spend their earned money to purchase NFTs and other digital goods like swords, shields, and virtual land. The ownership of digital assets is also record in a way that cannot be modified and is visible to everyone.

Also, players of Web3 games can bet their cryptocurrency rewards or participate in yield farming and other aspects of decentralized finance (DeFi). So, blockchain games add exciting twists to familiar game concepts to get more people to play and keep playing. Plus, winning gives players more than just something to brag about.

If you want to use Web3 in your game development, you might want to consider some of its most popular features. First, Web3 games use non-fungible tokens (NFTs) all the time. Because of this, you might need to find out how to get NFT metadata. Also, you might want to make an NFT market where players can buy and sell items from the game.

Additionally, you should plan how your players will interact with the Blockchain while playing your game. Some Web3 games have a wallet built-in, while others let players use popular wallets like MetaMask to connect and make transactions in-game. Also, suppose your game has to stake or yield farming that is part of decentralized finance (DeFi). In that case, you’ll probably need to know how to program smart contracts.

To make a living making Web3 games, you must know about the best blockchain game development platforms. Even though several game engines work with Web3, Unity and Unreal Engine are used by most games. Below, we take a closer look at the most well-known and widely used platforms for making blockchain games.

Unreal Engine, which Epic Games made and showed off in 1998, is the best game engine for real-time 3D computer graphics in games, movies, and TV. It lets game developers make animations and 3D worlds that look real and work well on multiple platforms. Also, Unreal Engine lets developers make next-generation graphics, physics, and interactive experiences that raise the bar for the whole gaming industry.

If you play 3D games, you’ve probably played more than one game made with Unreal Engine. Unreal Engine has become a standard in the world of video games. This idea applies to the Web3 gaming industry as well. Unreal Engine is becoming one of the best blockchain game programming platforms as it moves beyond 2D RPGs and arcade games.

Also, artists and game designers can use blueprints instead of code to make games with Unreal Engine. So, the platform is suitable for programmers and people who don’t know how to code. Both platforms are free, so there is no cost. But on each platform, you have to pay to unlock more advanced features. A royalty fee model is use by Unreal Engine. But developers don’t have to pay royalties for games published through Unity. Unity also has a service that lets you rent Unity Pro for about $75 per month.

The Unity is a cross-platform game engine made by Unity Technologies and came out in 2005. It was initially create for Mac OS X. Unity is easy for new and independent developers, development teams, and solo or independent programmers to use. Also, the Unity Editor tool works like Photoshop. It lets developers and artists build in the editor and deploy to multiple platforms.

Also, Unity is a very flexible game engine for making, testing, and releasing games. In 2021, Unity was used to make 72% of the top 1,000 games. Also, the gaming engine can be used for many things, such as user interface (UI), input, audio, physics, graphics, animation, augmented reality (AR), virtual reality (VR), and scripting in C#.

How does making games with Unity Web3 work?

Scenes are how Unity projects are break up. You could, for example, have one set for the game menu and another for each level. The “GameObject” is another essential part of Unity games. GameObjects are 3D points, like the floor or a wall. They comprise several C# parts that define single objects, such as inputs or rendering. Unity also uses a template called “Prefab” and a model called “instancing.” This lets developers use things like players and coins more than once and quickly change them with a single shift. Also, artists and developers can make straightforward graphics for each scene and quickly change them or add more details later.

Developers save time with the Unity Web3 game development platform because they can change components while the game is running. It has several advanced testing options and plug-and-play connections to almost every C# library. You don’t have to build for a particular device using Unity. Instead, you can decide at a later date. Also, you don’t even have to be in Unity to change the code. This makes it a complete development environment you can use from the beginning to the end of your programming career.

Unreal Engine and the Unity Web3 game development platform let developers make next-generation games with various Web3 features. Choose the right blockchain game programming platforms. Your matches will be able to interact with public blockchains without any problems. Plus, it lets players participate in token economies as part of an immersive gaming experience.