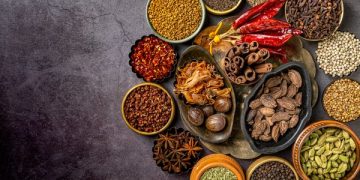 Relish Indori essence in your homemade food with Pushp Masala

Relish Indori essence in your homemade food with Pushp Masala

by IndoreOnline
in Food and Drink
0 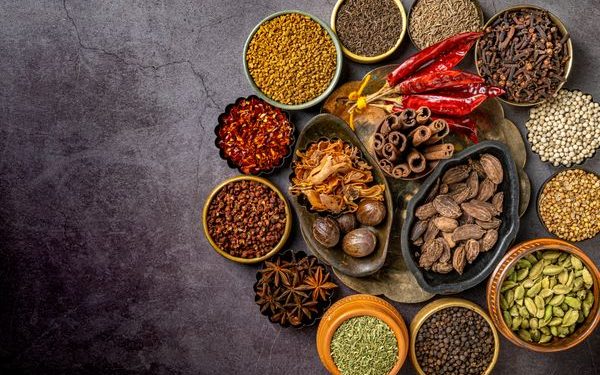 Share on FacebookShare on Twitter
Contents hide
1 Introduction
2 The origin of Pushp
3 Varieties of Pushp Masala:
4 Other flavorful Spices:
5 How to make Masala?
6 Tips to store masala
7 Where to procure home-like masalas?
8 Is Masala Healthy For You?
8.1 Conclusion

Without masalas, no cuisine is regarded as a “Complete food.” In Indian cooking, masalas are essential ingredients. The term “masala powder” or “masala” refers to a mixture of one or more spices. Since ancient times, Indian masalas have been utilised to heal illnesses in addition to being used in Indian food.

India is well known for its authentic food and the flavorful richness they bring out with each bite, which can transcend a person to another world. Have you wondered what makes Indian food so flavourful? The answer to it is the usage of various masalas or spices. Experimentation with various types of masala mixture engages our taste buds and therefore one can relish these astounding flavours.

Pushp Masala is the ultimate gateway for the people of India, who want to try Indori-flavoured foods by sitting in the comfort of their own homes without sacrificing the taste.

The origin of Pushp

Pushp is a Hindi word that denotes the sense of assurance to delicate flavour and unsurpassed quality. There lies a very generous idea behind the processing of this masala. The founder wanted to minimise the workload of people working in the kitchen, so they came up with the idea of pre-grounded spice mixes to help them with cooking authentic food without compromising the taste and flavours. They did not use any artificial colours in their products. The spices used for this masala mix were grounded by culinary experts. Adding Pushp Masala to any dish can elevate it, to the next level.

The essence of Indian cuisine is masala, which is utilized in a variety of forms and recipes. Each region’s masala mixes are unique. Indian chefs are renowned for developing the masala by modifying a traditional masala recipe by adding their own secret ingredients. Masala is a blend of dried herbs and spices that is made in accordance with old-fashioned techniques and frequently used with a certain kind of food. Any spice mixture can be referred to by the general term masala. A masala may have two or three spices or it may have a dozen or more. Numerous ingredients, including the local dish’s ingredients, influence the masala’s flavour. Rare spice blends can occasionally only be found in a certain area, town, restaurant, or even home. The essence of Indian cuisines and meals is the masala. The distinct tastes in Indian cuisine are the result of a well-balanced masala.

Pushp Masala: Making Your Food Flavoursome, The freshly grounded spice mix, comes in a variety of flavours that blends in aptly with your food giving a touch of Indori delicacy. Some of the products that go well with your food are If you want to spice up your mood with some flavorful street food blasts, you can try products like Pushp pav bhaji masala, chana masala, chat masala, paneer masala, raw mango powder, sambar masala, and many more.

Apart from the mentioned spices Indore. online is best known for its variety of Indore spices or masala products that they deliver all over India and leave a good impression of authentic Indori foods in the heart of every Indian.

Indians love pickles, especially homemade ones. The mixture of spices in the homemade version gives an exquisite flavorful blast in the mouth. But to make the preparation of pickles easier, you can just order achar masala from the online store.

Masala Buttermilk also known as chaos is a summer drink, that appeases the soul. All you have to do is mix up your favourite spices in the yoghurt, add some water and ice, and then mix it well. Voila, you get your desired cold summer drink. Indore. online provides a spice mixture specifically for this soulful drink. Buy some doodh masala from Indore. online, mix it in your drink and take in the liquid delicacy.

How to make Masala?

No one spice predominates in a well-made masala or spice blend. The spices in masala are thoughtfully combined to enhance one another. The spice mixture can be prepared dry or as a paste by combining it with wet ingredients. It can be made up of ground spices or whole spices that have been roasted, ground, and prepared in advance so they are readily available while cooking.

You can make masala by following a traditional formula or by combining different spices according to their flavour profiles. Feel free to adjust the spice blend and amounts as you gain a better understanding of the flavour characteristics of the various spices. There are countless combinations and options.

Spice blends and masalas should be kept out of the kitchen’s light and heat. The fridge is by far the greatest option, but it’s impractical and there’s never enough room. Make sure your masalas are kept in airtight containers. The best are made of glass, although metal ones can also work well. To keep moisture out and volatile tastes and oils in, always make sure the seal is tight.

Where to procure home-like masalas?

The majority of spice mixtures are available pre-blended for purchase, but they never have the same flavours as a mixture made at home by roasting and grinding the spices. It ought to be your first choice if you can accomplish it. People being so busy in their lives, it isn’t always doable, therefore it’s helpful to buy readymade masalas.

Is Masala Healthy For You?

The greatest way to take use of the restorative properties of Indian cuisine’s spices is to use them undoubtedly. Each spice has distinct flavours and advantages of its own. The health advantages of the spice also work well together when paired with the flavours.

For instance, roasted ajwain and cumin are used to make a masala that is given to new mothers in India. This protects the breastfed baby from experiencing gas. Similar to this, we would drink tea with black pepper, ginger, and basil when we have a cold or cough to ease the throat. The health advantages of masala are greatly increased and amplified when combined with the appropriate complementing spices.

You may procure Indian spices from Pushp Masala brand easily available with Indore Online, if you decide to purchase them readymade. They are free of preservatives and taste just like fresh home-made masalas. You can also order snacks online from indore.online like ratlami sev, indore sev namkeen, navratna namkeen, and many more. Also don’t lose on the amazing instant mix range available with Indore Online like Instant Indori Poha Mix, Instant Khaman Mix, Instant Upma Mix, and other such mouth-watering recipes.

Ordering spice mixture products from indore.online ensures that you are getting freshly grounded spice mixtures without compromising Indoor’s quality and authentic flavours. 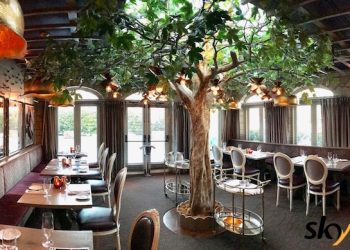 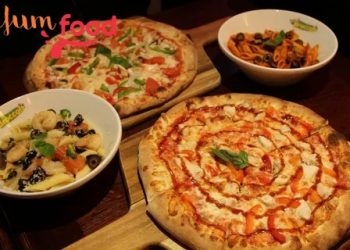 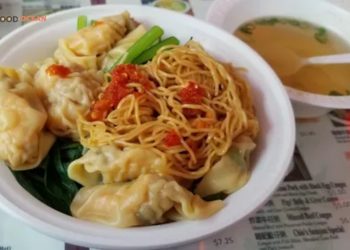 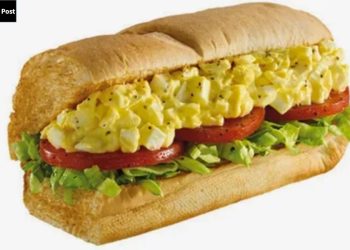 The fast food industry is a billion-dollar behemoth for a good reason: it's quick, convenient, and (most importantly) reasonably priced....