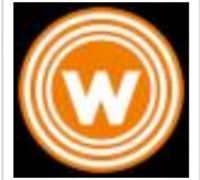 by tinanhlson
in App Development
0 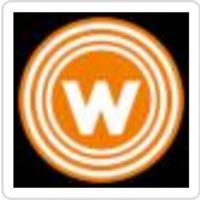 React Native is an amazing tool for writing native-like iOS apps. It offers benefits like cost-efficiency, shorter development cycles, simplified coding, etc. to every React Native app development company leveraging this framework. It has some drawbacks as well like abstraction layer issues and debugging issues.

React Native too, is considered to be a highly preferred alternative for iOS app development. And why not? React Native development offers myriad benefits to its users. Moreover, it is estimated by various tech experts and enthusiasts that this cross-platform framework will dominate the app development market sooner or later. Owing to this, several React Native app development services are being established across the globe at a fast pace. An increasing number of business owners are opting for React Native.

So, if too you have decided to use React Native for building your iOS app, here is a detailed breakdown of the good and the bad this framework has to offer for iOS development. Let’s run through them.

The Good of React Native for iOS App Development

React Native is basically a JavaScript library of Facebook, and it uses native controls and modules for developing mobile apps. Additionally, the apps developed in React Native render their UI with the use of Native APIs. Consequently, the apps have a native-like look, feel, and performance. Also, another advantage this framework offers to the developers is the use of familiar tools, which reduces their efforts to some extent.

React Native has an easy learning curve and is quite simpler to work with. It is an efficient framework which allows easier and faster development of iOS apps due to the following reasons:

No need to use Xcode

While creating iOS applications using React Native, there is no need for the developers to use Xcode. Due to this, the developers apk jim get rid of the challenges associated with Xcode like the complicated process of exporting the app onto a device, difficulty in working with multiple windows, lengthy App Store approval processes, etc.

A small team of React Native app developers can be employed for developing robust and customized iOS apps, making it a budget-friendly affair.

Support from a Powerful Community

Being an open-source framework, anyone from any corner of the world can contribute to the growth of React Native. It has an active and growing community of expert professionals ready to help anyone facing technical issues in the development process. It is backed by Facebook, GitHub, and other companies like Software Mansion, Microsoft, Infinite Red, etc. This vibrant community also keeps introducing new features, libraries, etc. and enriches this framework.

The Bad of React Native for iOS App Development

Testing the iOS apps is an annoying process for developers particularly when it has to be tested on any other testing service except Apple’s TestFlight. In this case, the developers face difficulties while obtaining necessary certificates and provisioning profiles.

Abstraction layer and its Limitations

It is relatively a new technology and is still in its infancy. So, it has several drawbacks. For instance, it is not ideal for all types of business requirements. It comparatively has a small collection of components and at times, they don’t even meet the expected standards for iOS apps. Also, React Native lacks security robustness, especially when it comes to iOS apps. It has issues with memory management as well.

With this, we come to the end of this article. We hope this article has enlightened you with the good and the bad of React Native for building iOS mobile apps. For any further queries, kindly drop us a line at [email protected]

Also, if you want to hire React Native developers and leverage this amazing framework for your iOS development project, get in touch with Biz4Solutions, an eminent React Native App development company. We have 9+ years of wide experience in developing robust and futuristic iOS apps. Our apps are designed in accordance with the standard Apple guidelines to avoid any violations. Contact us to know more.

As you can see, mobile apps made to improve a user's lifestyle, their business life, and entertainment, are among the most popular reasons why mobile offerings are created.