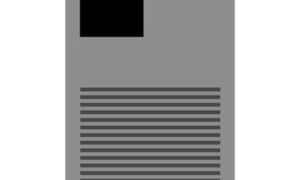 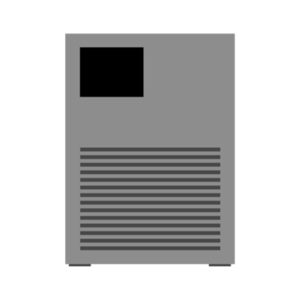 The technology of PSA Nitrogen Generators produces nitrogen with a high purity of up to 99,9999% with 1.0 ppm residual oxygen covering flow rates from a few Nm3/hr to over 10,000 Nm3/hr. Like Membrane systems, these PSA Nitrogen Generators are also designed as free standing modular systems for easy integration into new or existing plant installations. This gives you that added versatility and choice around the system and positioning of said system to best benefit your operations.

PSA technology is advanced and based on the adsorption principle, which is as follows: nitrogen and oxygen molecules from the intake atmospheric air are separated by a carbon molecular sieve (CMS). The larger nitrogen molecules penetrate the system as they are not adsorbed by the activated carbon of the CMS. The nitrogen is then passed to the downstream nitrogen buffer tank system tank where the high purity nitrogen is ready to use.

IATT PSA Nitrogen Generators can be equipped as standard with touch control panels, modular expansion options and low maintenance valve technology. This means they are not only incredibly effective, but also easy to use and efficient, saving you time and money and boosting your operations substantially.

Contents hide
1 How PSA Nitrogen Generation Works
2 What is Adsorption?

The system uses two pressurised twin towers to contain the adsorptive media where the clean dry compressed air enters at the bottom of one of the towers. Oxygen and trace gases are adsorbed, and nitrogen passes through the adsorbent media bed into a buffer tank prior to the outlet, further filtration and then onwards via the pipework distribution system to the process. After a predetermined time, dependant on the purity of nitrogen, the tower switches to regenerative mode and flows the pressurised compressed air into the second tower (hence the term Pressure Swing) where the process starts again. The first tower then depressurises, and the adsorbed oxygen and other trace gases are released and exhausted to atmosphere.

In a gas application such as nitrogen generation, adsorption is the accumulation of molecules of oxygen and other trace gases to form a thin film on the surface of a specifically selected solid such as carbon or Zeolite by intermolecular forces – the adsorption process is reversible which facilitates the constant use of the system to generate nitrogen on a commercially viable scale.

A number of PSA (Pressure Swing Adsorption) twin tower units can be piped or manifolded together into a larger unit to enable high flow capabilities.

The PSA process detailed above is similar to that of a nitrogen generator, however the adsorptive material inside the sieve isn’t made of carbon as is the case with nitrogen, but is instead comprised of zeolite. A unique aspect of zeolite and the reason it is ideal for oxygen generators is due to its ability to discharge retained nitrogen gas when the pressure within the generator is reduced. In essence, this makes it relatively simple to regenerator the medium for a further cycle of oxygen generation with an industrial oxygen generator.

The IATT AiroGen® Laboratory Generator rangeoffers a safe and simple to use efficient technology for high purity H2, N2 and ZERO AIR analytical grade laboratory gases. The technology makes the gas cylinder redundant and the high purity gases you require available as and when you need them. IATT AiroGen® Lab GasGenerators offer a module design and can also be stacked to meet compact storage requirements, this makes them perfect for usage within multiple generation applications.

To fully understand lab gas generators and swing adsorption technology, we must first explore what adsorption is. Adsorption refers to a gas application such as nitrogen generation, and is the accumulation of molecules of oxygen and other trace gases.

This accumulation is used to form a thin film on the surface of a specifically selected solid, such as carbon, by intermolecular forces. The adsorption process involves a mass transfer and differs from absorption, where a specific fluid is dissolved by a liquid or solid. Adsorption is a reversible process and facilitates the constant use of the system to generate nitrogen on a sustainable scale for commercial use.

Now, with the definition out of the way, let’s explore how nitrogen generators and the process of nitrogen generation work. PSA Nitrogen is generated the process of adsorption, where the adsorptive properties of specific media, such as a Carbon Molecular Sieve, are used. Oxygen and other trace gasses found through the process are consequently adsorbed onto the adsorptive media at varying portions, depending on the system pressure present. In turn, the nitrogen passes through the media because of the fact that its molecular structure is too large to infiltrate the fine permeability of the adsorptive media in question.

The system utilised within our lab gas nitrogen generators and the generationprocess in general is with two pressurisedtowers to contain the adsorptive media. Here, the clean dry compressed air enters at the bottom of one of the towers where oxygen, carbon dioxide, moisture, some hydrocarbons, and trace gases are adsorbed. Nitrogen then passes through the adsorbent media bed into a buffer tank, prior to the outlet where it is subject to additional filtration and pushedon for use in the analytic application. After a predetermined time which isdependant on the purity of nitrogen required, the tower switches to regenerative mode and streams the pressurised compressed air into the second tower.

This is where the term Pressure Swing originates and is put into action.

Then, the process begins again. The first tower finally depressurises, and the adsorbed oxygen and other trace gases are distributedand expended to atmosphere.

IATT AiroGen® Zero Air generators utilise Catalytic Reactor technology to generate high purity air that is free of moisture and hydrocarbons.
The Various Applications for an Industrial Oxygen Generator
There are multiple functions and applications for PSA oxygen generators on industrial, medical, and commercial sites, including the following:

And more. Get in touch to find out how IATT can supply and install Oxygen Industrial Oxygen Generators anywhere in the UK thanks to our tactically placed team of specialist installers and staff.

If you have any queries about the application or specific usage of any of our products, including lab gas generators, laboratory nitrogen generators, or anything else listed on our site, then please do not hesitate to get in touch.

Our team are vastly experienced and highly knowledgeable, and we are experts in the industry. We can answer any technical queries surrounding the various products and services we provide, from industrial oxygen generators to nitrogen generators, compressed air dryers and more.

Independent Air Treatment Technology Ltd. (IATT) is a British company with our head office in North East England. We provide a national coverage of fully factory trained engineers strategically located throughout the UK that specialise in compressed air and gas generation technology. We provide services to the manufacturing, food, beverage, chemical, laboratory, pharmaceutical, brewing and process industries – if you use compressed air then IATT can Supply, Install and Service your equipment.

IATT have an enviable reputation for Service Excellence and rapid response to customer needs – we are renowned for our independent approach.

Independent Air Treatment Technology Ltd. (IATT) is a British company with our head office in North East England. We provide national coverage of fully factory-trained engineers strategically located throughout the UK that specialize in compressed air and gas generation technology.