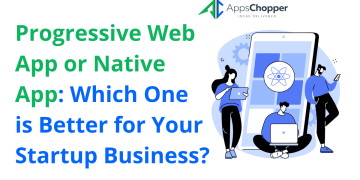 Progressive Web App or Native App: Which One is Better for Your Startup Business?

Progressive Web App or Native App: Which One is Better for Your Startup Business?

by Steven Martin
in App Development
0 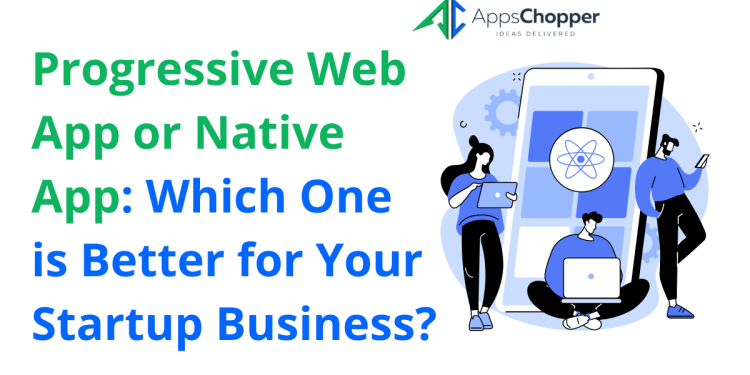 In the fast-forward environment, where technology is rapidly changing. Every modern business wants to come forward with modern technologies to scale up their business in a short period.

It is possible for these startups to build native or progressive web apps for their business.

Will PWAs replace native apps in the future? Let’s find out!

In this blog, we will be discussing the difference between PWAs and native apps, their strengths and weaknesses, and which one is best for your business.

PWA Vs. Native App: From The Developer’s Perspective

i) Different Languages are Written For Different Purposes

It means that web development companies need to develop two different versions, i.e., one for Android and the other for iOS. All these resources need to be updated and maintained during each performance. It requires a lot of time and becomes expensive.

PWAs are faster to build and update as these are single-page code built using HTML, CSS, and JavaScript.

Native app pages cannot be crawled and indexed by search engines. Users need to visit the app store to download your app on their devices. There are numerous factors for app discoverability, but you can quickly help your user find your app through App Store Optimization (ASO).

On the other hand, PWA works like websites, and as a result, it is crawled and indexed by search engines. Compared to other web pages, PWAs are more reliable, faster, and engaging, which helps them rank quicker and better in search engines.

Progressive web pages are more secure than other apps as they have to run under HTTPS. The security protocols ensure that no such exchange gets tempered between client and server.

PWA Vs. Native App: From The User’s Perspective

Average mobile users download zero apps a month, and the reason for this is that the app requires a certain commitment to the installation process and finally using the app. At first, the user has to go to the play store and search for the app.

The app requires certain permission, terms, and conditions which need to be accepted, and after a long wait, the user can use the app.

Progressive web apps do not require any app store or installation. But in progressive web apps, the user can directly use the web app by opening any web browser and clicking on the web app’s URL. Users can also bookmark their PWAs, and when they want to visit, they can do so just by a single click.

Both apps are developed with different features and specifications, which helps users use the app according to their requirements. PWAs load faster as compared to other mobile sites.

As progressive web apps are single-page apps developed with the help of primary programming languages like HTML, CSS, and JavaScript, the development cost of these apps is low compared to native apps.

Both native and progressive web apps have some features and drawbacks. You should know your business requirements and standard, and according to that, you can choose which app suits best for you.

There are many app developments for startups where the developers can help you with the app you want to build for your business.

Steven Martin is a senior app developer at AppsChopper, who is not only passionate about coding, but also likes to share his knowledge via writing unique content. He is dedicated towards his work, and stays updated with all the latest technologies trending in the market.