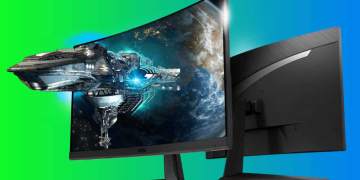 IPS vs TN vs VA – How do you choose a Monitor?

IPS vs TN vs VA – How do you choose a Monitor?

by MdShah
in Computers and Technology
0 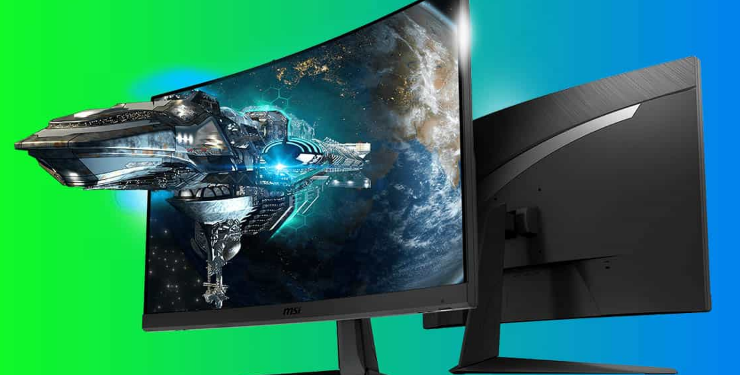 When you are looking for How do you choose a Monitor, you are bombarded with certain terms that can make you dizzy. IPS, TN, VA, LED and you wonder what other variations. This is in addition to the fact that we have to look at the diagonal, resolution , refresh rate , response time, contrast, brightness, input lag , etc.

Let’s talk briefly about the weirdest terms (IPS / TN / VA) and then explain the advantages and disadvantages of each technology.

Contents hide
1 In short, How do you choose a Monitor?
2 Long on IPS, TN and VA
3 About IPS Panel Monitors
4 About TN panel monitors
4.1 TN vs IPS
4.2 TN vs IPS
5 About VA panel monitors
6 Also consider…
7 Model recommendations depending on use
8 Conclusions

In short, How do you choose a Monitor?

IPS – usually offers the best visual quality and the best viewing angles. But it does not excel at response times and refresh rates.

TN – The best performance in terms of refresh rate and response time. But I’m not so good at color reproduction quality and viewing angles.

VA – A ‘mix’ between IPS and TN in terms of features.

When to buy what? From my point of view, for gamers and those who want a perfect image for a movie / video, a monitor with IPS panel is perfect. For competitive gaming, I would go to TN. And I wouldn’t go on VA.

LED, refers to the panel lighting system. Being a much more efficient technology, it is probably the most used technology in the panels of Best Cheap Gaming monitors. The above terms (IPS / VA / TN) are panel types and all can be illuminated with LED technology.

Long on IPS, TN and VA

Let’s talk more about each type of panel and see where they are used and why.

IPS comes from ‘in-plane switching’ and  is currently the most popular type of panel used in the production of monitors and smartphones. As primary advantages we are talking about a very good image quality, with a more accurate color reproduction and a better contrast than TN panels. At the same time, it offers much better viewing angles.

For these reasons, IPSs are preferred for mixed use. When you want to do gaming but also watch a movie / series / YouTube, you don’t want to give up a very well colored image with a strong contrast.

The downside is that IPSs are a bit limited when it comes to response time and refresh rates. You will have to spend a little more for an IPS with 4ms and over 60Hz. But, from my point of view, if you want to do normal gaming (you want to win, you don’t participate in international tournaments) an IPS is more than enough to play any game without problems.

From this point of view, if you want a high-performance panel on IPS, you will have to spend more. But I wouldn’t save on monitor quality anyway. We stare at them all the time on the PC. We want something of quality (as far as our budget allows) , which reproduces the colors and the image as beautifully as possible.

AH-IPS, PLS, what are they? They are IPS panels created by other manufacturers. What’s the idea? Well, for example, Samsung created PLS (plane to line switching) as an alternative to IPS, with small advantages (supported by them) . AH-IPS comes from Advanced High-performance IPS. The problem is, most monitors actually come with AH-IPS… even if it says IPS in the specifications. Indeed, technology has advanced. E ok… are terms that describe IPS technology with small differences in implementation.

TN comes from ‘twisted-nematic’ and is the most efficient type of panel. It supports very short response times (1ms) and high refresh rates. For example, a 144hz TN panel is much cheaper than a 144Hz IPS (assuming you find a 144Hz IPS) .

The problem with TNs is that they don’t offer such good image quality – the colors tend to be washed out. At the same time, the viewing angles are not so good… this means that you need to pay more attention to your position vis-à-vis your monitor. If you can look left or right at an IPS and not lose image quality… you can’t even look at a TN in some cases.

It should be noted that TN panels do not support HDR.

That’s why I say that TNs are for hardcore gamers (really bad) who want as much performance as possible and who probably have an IPS secondary monitor or a TV on which they watch media content. Because a movie looks so much better on an IPS… that’s it. Especially if it’s not the cheapest on the market.

I would only go on a TN panel if I made money from gaming at the competition level. Or if I trained for something like that. And anyway I would like an IPS panel monitor for when I want to watch a movie or something on YouTube. You can be a very good gamer with an IPS with 4-5ms response time.

VA comes from ‘vertical alignment’ and are a kind of… middle ground between IPS and TN. Comparable in terms of image quality with IPS and much better in terms of performance. There are VA panels with 1ms and 144Hz response times.

It’s just that it’s not so easy to find anymore… more recently we also find it on TVs. The problem is, as often, although maybe more than 4ms… we find VA panels that have> 4ms response time. Thus, the IPS again becomes ideal for those who want both gaming and multimedia from their screen.

Refresh rate and video card. It is useless to buy a 144Hz monitor, if your video card cannot exceed 70-80 FPS in the games you play. As with high resolution, you need more processing power to achieve 144 FPS.

Marketing and motion interpolation technologies. Guaranteed to see a TV that boasts 400Hz, 240Hz or I know how much. This figure does not represent the actual refresh rate! Such technologies… basically use the image processor on the device to add more frames among the actual frames. Although it’s super ok, because the movement seems more fluid… it’s not ok in gaming because there is a huge input lag.

Price. Don’t save too much on the monitor. You deserve a quality image. Try to aim for a Full HD resolution for up to 27inch, and 2K / 4K for> 27inch diagonal. Also, 5ms response time and 60Hz is already decent for gaming performance and impeccably rendered multimedia content.

The date of appearance  can also count.  Technology is advancing. Try not to buy a 2016 model in 2018. It still exists on the market.

Model recommendations depending on use

After you plan to do it with it, below are some recommendations that I think make sense – that is, they are not the most expensive but not the cheapest. How do you choose a Monitor

Multimedia, browsing, working and gaming on the weekend: The LG Gaming LED Monitor 27MP68VQ-P 27 inch 5ms Black FreeSync 75Hz looks gorgeous to me. It has an IPS panel, ok response times, FullHD at 27inch looks decent and we also have 75Hz. At around 830-930 lei, it seems to me a monitor to consider if you want something that will do everything right without breaking the bank.

Hard multimedia, something with graphics and when I have time for a game. I would go quietly on  DELL U2518D 25 inch 2K 5 ms Black. Performance in terms of color reproduction and high brightness prevail. Especially since you work in ‘graphics’. How do you choose a Monitor

Gaming, and then the rest. A powerful TN that does not jump the horse in terms of price is  ASUS Gaming VG248QE 24 inch 1ms Black 3D 144Hz. At 1000-1400 lei depending on the promotion, you have a very short response time and 144Hz. Again, pay close attention to the reproduction of multimedia content and colors. Try watching an IPS live near a TN to be sure it will satisfy you with what you are going to buy.

I don’t have much to say about the conclusions… after seeing above you probably already know if you want IPS, TN or VA. I prefer IPS in 99% of cases. After seeing a few IPSs put together with TNs, at similar prices… either I’m not passionate enough as a gamer, or I found gaming much more fun when the colors seem more vivid and realistic. That’s why when it comes to monitors it’s good to try to see live various models / technologies and always try to give a very good budget to the monitor. In vain you get RTX2080 if you sit on an LCD since 2007. You lose a lot of the charm and advantages of the new technology.