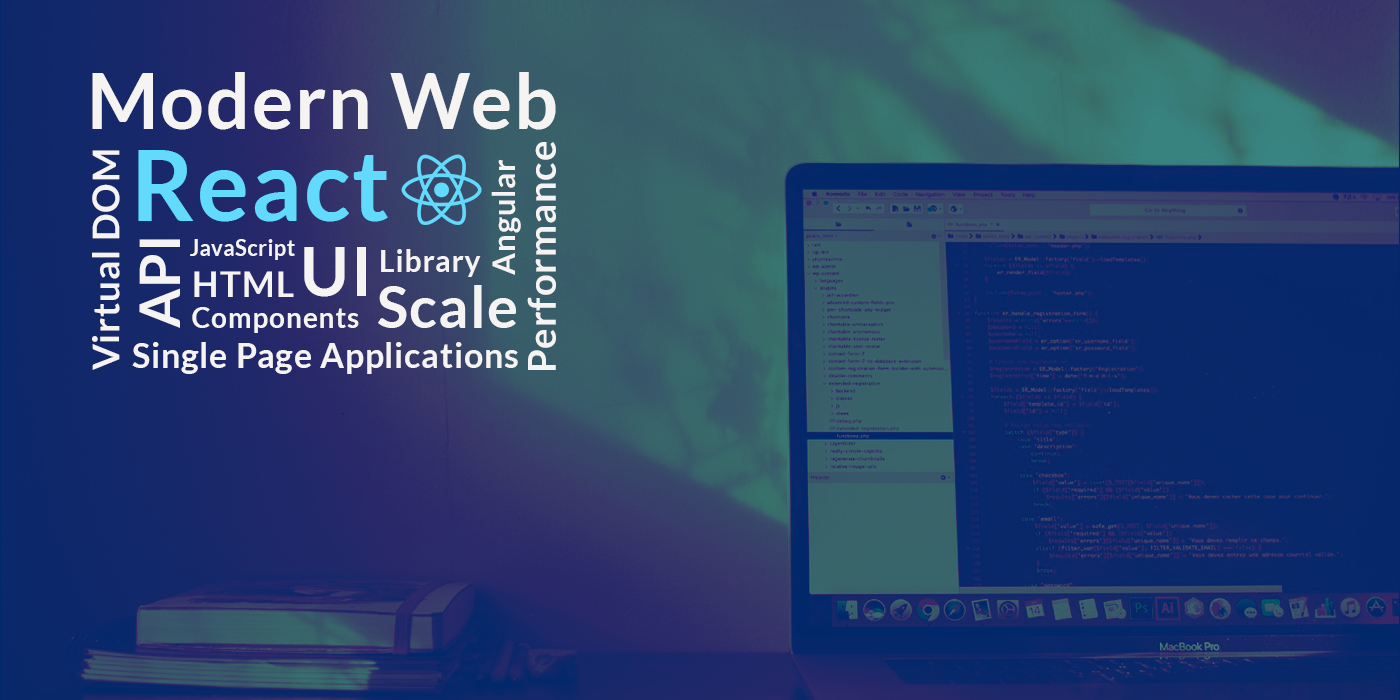 How to Use ReactJS to Build a Stunning Web App

How to Use ReactJS to Build a Stunning Web App

Are you looking for a prominent technology to start your web app development project? Many valuable front-end frameworks can help you out. However, you may end up asking which one is the best? or which one assist to build a powerful web App with a stunning performance. Let me clear these doubts.

ReactJS is a competent JavaScript library that is used to build beautiful web UI and components. It is known for its superior performance, virtual DOM, simplicity, reusability, and many more unique features.

Based on Stack Overflow survey 2020 ReactJS stands second on the list of most popular web frameworks overtaking jQuery gradually. I am sure it will be on top within a couple of years. FYI – These results are calculated on basis of satisfaction, interest, usage, and awareness of each framework.

Moreover, it is the most loved framework for more than 68% of developers who participated in the survey. And, 22% of the developers stated it the most wanted web framework, making it on top of the list.

Jordan Walke (software engineer at Facebook) created ReactJS in the year 2011 with a primary motive to streamline the app development process with the help of a solid JavaScript-based library. Further, he aimed to achieve a good user experience and I would say ReactJS does more than that.

ReactJS was initially used to develop Facebook feed and later utilized to develop Instagram in 2012. Then in 2013, this framework became open-sourced and currently maintained and managed by React’s open-source community with the help of Facebook. The official website of ReactJS is reactjs.org.

ReactJS helps to speed up JavaScript, makes web pages responsive as well as dynamic. It is now a well-known framework in web development due to its capability to create lightweight, SEO-friendly UI and fast-loading single-page applications. These traits are what drive many startups and SMEs to engage ReactJS in their web app development projects.

I bet that every business owner has this ultimate doubt while developing a web App. What are ReactJS and React Native? Is both the same? If not, what is the difference between them?

After the launching of ReactJS in 2011, it grabbed every developer’s attention and began to be adopted by many companies to make their web App strong. Facebook then released a fine-tuned framework called React Native. The basic difference between the two is,

ReactJS focuses on developing excellent web development and makes the process easy, whereas React Native helps in mobile App development. Moreover, both follow separate navigation, animation, and other functionalities. Plus, both have their own approaches to build applications.

The popularity of ReactJS:

Before the launch of ReactJS, developers faced certain challenges like the need to rework most codes and crafting components that change frequently.

State of JS 2020 reveals that ReactJS finishes second on the list of top front-end frameworks. Although Svelte beats it on satisfaction level, ReactJS always has great usage and awareness in the market, around 85% of the developers revealed their interest in working with this solid framework. Also, it is more consistent and enjoys the strong community support of millions of developers.

Many online forums are available to discuss the best practices and application architecture of ReactJS. Some of the renowned communities include;

Google trends show the popularity of ReactJS based on search terms. ReactJS has been searched more times when compared to other notable frameworks like Vue.js and Angular.

Why ReactJS is preferred by many web developers

JSX (JavaScript XML) is a markup syntax similar to HTML and is used to describe the appearance of an App’s UI.

Since ReactJS uses JSX, it is considered to be its unique feature. JSX is a specific syntax that allows HTML quotes and HTML tag syntax applications to render specific subcomponents. Further, it helps developers construct machine-readable codes that ultimately make the building blocks of ReactJS effortless.

ReactJS follows a one-way data flow i.e., unidirectional data flow. This means developers cannot edit any component directly. To make changes, a callback function has to be used, this saves a lot of time editing components. Moreover, Flux, a JavaScript app architecture is used to control the data flow from a single point.

This aids to achieve better control during the development process. Furthermore, it enjoys Redux that simplifies all the storing and management of component states in very large complex Apps. This is also an attractive benefit of using this framework.

This feature of ReactJS is what makes the development process fast as well as flexible. Virtual DOM is nothing but a memory reconciliation algorithm that allows replicating a web page in its virtual memory. This makes the virtual DOM a representation of an original DOM.

This system enhances the development as only the changed components are updated and not all the components. On the other hand, the virtual DOM re-renders the entire UI with every alteration in the web App.

Since ReactJS employs the use of Virtual DOM, a one-way data-binding, component-based approach with an inbuilt architecture called Flux controls, the performance of the developed web App will be outstanding.

Some of the popular firms adopting ReactJS into their tech stack includes;

These big names prove the framework’s credibility and trustworthiness in the field of App industry.

For a business to get more customers, search engine optimization plays a vital role. In other words, it is the gateway to success. How low the page load time is and how faster the rendering speed is what determines the application’s ranking on Google.

Since ReactJS offers fast rendering compared to other frameworks, it improves the page load time. This helps the application to secure a higher ranking on Google Search Engine Result Page.

ReactJS is equipped with tons of React dev tools and Chrome dev tools. These tools assist in discovering child and parent components and observe component hierarchies. Moreover, the developer can inspect the component’s present state and props. Also, better code maintenance increases the developer’s productivity. Hence, using ReactJS in real-life projects can be fun as well as smooth.

This feature has already been mentioned, but I feel it needs a more detailed explanation. ReactJS follows entirely a component-based approach, making it easy to work with. The web App created by ReactJS will be made up of various elements. These components have their own logic and limitations. Besides, these components define the interactions and the visuals in the App.

This component-Based Approach makes the whole process of passing rich data within the App seamless since the logic in components is stored as JavaScript and not as templates.

ReactJS is very easy to learn and adapt to any updates. The codes would be just as same as the basic Javascript standards.

Consequently, developers can easily learn and inculcate for designing and maintaining the App. However, some frameworks are not as sleek as ReactJS. For instance, when Angular 2 was replaced for Angular 1.x by Google, many companies faced a lot of challenges to shift to the new version.

ReactJS is one of the best technologies to develop solid web Apps. However, hiring a skilled team of technical professionals will help you to utilize the best out of this framework. Hence, get in touch with Soft Suave which is a leading ReactJS development company. They have an experienced team of programmers, developers, UI/UX designers who can work with any complex project. Besides, they have worked with numerous ReactJS projects for startups to SMEs.

The future of ReactJS

ReactJS enjoys the support and backing of Facebook which is a giant tech firm and a strong community of technical professionals. This indicates how well the efficiency, as well as competence of this framework, will be increased constantly. Although it has many rival competitors in the market, ReactJS gradually seal its separate spot in the field of web development. Thanks to its useful features.

Some of the things I believe to expect to happen in the future are;

The front end of a website is what users see, interact and feel when opening a web App. Hence, it plays a crucial role to attract and impress customers. Since ReactJS allows developers to attractive acting UI and provides great performance, it is considered an excellent choice to develop robust web Apps. Besides, supporting unidirectional data flow or one-way data binding is what makes ReactJS even more fun to work with.