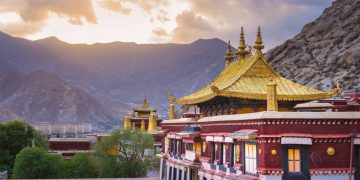 How to Plan a Trip to Tibet

How to Plan a Trip to Tibet 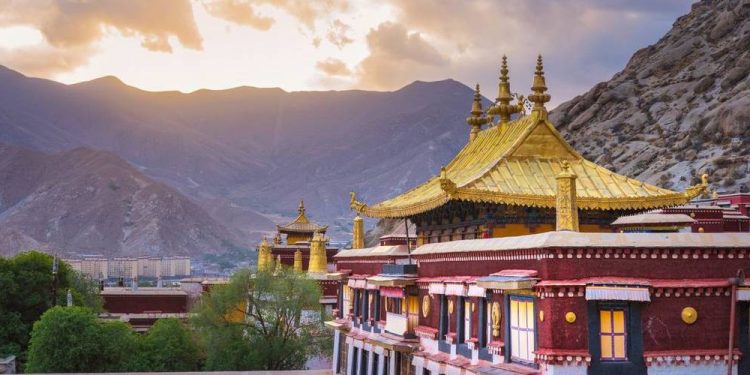 Tibet, a pearl on the Qinghai-Tibet plateau, has attracted a lot of followers from all over the world. It has a unique landscape, snow towering mountains, holy lakes, mysterious Tibetan Buddhism, magnificent monasteries, colorful prayer flags, and many other fantastic things for you to explore.

However, it’s not as easy as other places in China for foreigners to travel due to its special geographic and political situations. Hence, here we list the step-by-step tips for foreigners traveling to Tibet based on our experience. Now, let’s get started.

Contents hide
1 Is It Safe to Travel to Tibet?
2 What’s the Best Time to Visit Tibet?
3 Where to Go?
4 Book Your Tibet Tour in Advance
5 During Your Trip to Tibet

Is It Safe to Travel to Tibet?

Safety in Tibet is a common question and a precursor to making a decision before traveling here. As a local travel agency in Tibet, regarding the security in Tibet, we can say that traveling in Tibet is very safe for you. China is rated as one of the safest and most suitable countries for female tourists in the world. The security in Tibet is even better than that of many major cities in mainland China. In Lhasa city, it’s common to see armed policemen everywhere, as well as many security posts, which provide security service 24 hours a day. So there’s no hint of instability or violence.

Besides, most Tibetans in Tibet are devout Buddhists. They are humble and kind, and their belief abstains them from stealing and killing. You can feel the truth and goodness of human nature when you communicate with them. If you visit them, their hospitality makes you feel at home.

Tibet is a place you can visit all year round, except for mid-February to March when Tibet will close for foreigners due to the Chinese and Tibetan New Year. You can choose the rest of the year to make your Tibet trip.

The best time to visit Tibet is from April to October, during which, the weather is the best, neither too hot, nor too cold. You can get a clear view of the most tourist attractions in Tibet. Besides, the oxygen content of the air is higher than other times, which is helpful indeed to reduce the risk of getting altitude sickness. July, August and September are the peak tourist season, so the price is relatively higher. It’s advised to avoid the Chinese National Holiday(Oct 1st to 7th) when millions of Chinese people head to Tibet and you have to enjoy the scenic spots with a lot of people.

As a big highlight of Tibet tours, Everest Base Camp attracts 60% of the travelers during their Tibet trip. The best time to visit Mt. Everest is from late April to May and late September to October. Another 20% of travelers would visit Mt.Kailash. The best time to have an Mt. Kailash pilgrim trekking tour is from September and October when the weather is moderate and the scenery is the best of the year. It’s better to avoid the monsoon season from late June to August. Only 20% of the travelers would visit Lhasa and surrounding areas alone.

Book Your Tibet Tour in Advance

Sometimes people may buy an immediate air ticket to some tourist attractions on a whim. But for Tibet, it never happens. Unlike other tourist destinations in the world, foreigners must book the Tibet tour 20 days prior.

During Your Trip to Tibet

Please be aware of the difference in electrical sockets between China and your country. Your phone or laptop can access the internet but you might need an adapter, a converter or both to charge batteries. By the way, the network speed is a little bit slow in Tibet.

Is Tibetan food safe and tasty?

Yes, you may have a try in some reputable restaurants. Fried dumplings filled with potato and yark meat and Roast Mutton Chops are recommended. Please avoid street stalls or eateries for hygienic issues. Here are three typical Tibetian food.

Tsampa: Stir-fry the barley or peas and grind them into flour, mix it with butter tea when eating, and knead it into a dough with your hands. You can also mix it with salted tea, yogurt or chhaang. Although highland barley and tsampa are the staple food of Tibetans, they are still a special Tibetan delicacy for tourists.

Tibetan yogurt: Tibetan yogurt tastes a little bit sour, but it feels very thick, sticky, and has a strong milk flavor. If you see it while wandering at Barkhor Street, you may taste this special drink.

Butter tea: Butter tea tastes salty, sweet, mellow, and delicious. It can not only be used as a usual drink but also can allay hunger. Drinking butter tea has a certain effect on alleviating altitude sickness. If you drink it for the first time, you may not get used to it. If you have it with tsampa, you will feel much better.