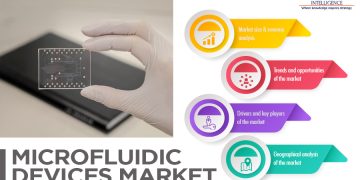 How is Rising Demand for Point of Care Testing Driving Microfluidic Devices Market?

How is Rising Demand for Point of Care Testing Driving Microfluidic Devices Market? 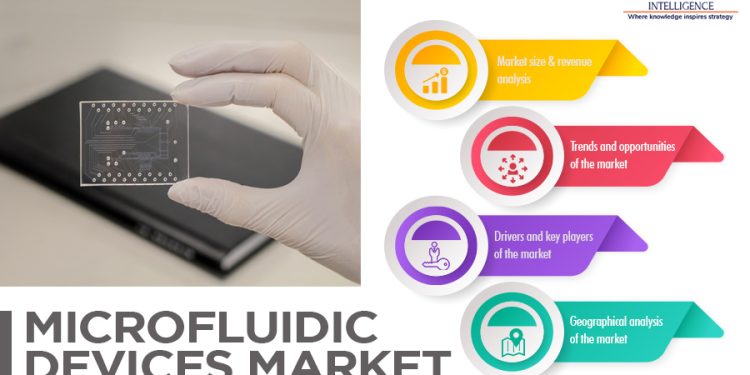 Share on FacebookShare on Twitter
Contents hide
1 Microfluidic Devices Market
1.1 One of the key driving factors of the microfluidic devices market is the growing demand for these devices in genomics and proteomics studies.
1.2 Rapid technological advancements and innovations are massively boosting the growth of the market around the world.
1.3 Globally
1.4 In the coming years,
1.5 Microfluidic devices are mainly used in drug development and drug discovery applications in the various biopharmaceutical and pharmaceutical industries.
1.6 Due to the aforementioned reasons, the global sales of microfluidic devices are rising rapidly.
1.7 Geographically,

The demand for point of care testing (POCT) is increasing across the globe because of the growing aging population, rising prevalence of chronic diseases, and lifestyle changes. POCT is the performance of a test nearby to the site of the patient care for providing immediate results outside the traditional laboratory environment. In addition to this, diagnostic companies, such as Alere, Abaxis, and Cepheid, have started recognizing the potential of quick molecular diagnostic testing, which why they have launched various point of care products that are based on microfluidic technology in the past few years. This, in turn, is expected to drive the requirement for microfluidic devices.

One of the key driving factors of the microfluidic devices market is the growing demand for these devices in genomics and proteomics studies.

Microfluidic devices are becoming more and more significant for various biological and chemical analyses. These devices have the ability to manipulate bio particles, including DNA, molecules, and cells, at a very micro level. Some of the advantages of these devices for genomics include reduced reagent consumption, improved test speed, and decreased size of devices, which makes the process efficient than other traditional methods. These factors are expected to result in increased requirement for microfluidic devices.

The process of integrating laboratory protocols into miniaturized devices,

known as lab on chip, includes various steps such as pre-treatment,

This further help in reducing the cost and consumption of reagent,

which is also helpful in several medical diagnosis with the help of blood drop.

Apart from reducing the overall cost of screening the compounds for cell biology problems,

The global microfluidic devices market is predicted to grow explosively in the coming years, as per the estimates of the market research firm, P&S Intelligence. The growing requirement for point-of-care testing products and the soaring research activities being performed in the domains of proteomics and genomics are the prominent factors fueling the advancement of the market across the world. In addition to this, the surging research and development (R&D) expenditure in several countries is driving the progress of the market.

Rapid technological advancements and innovations are massively boosting the growth of the market around the world.

Microfluidic devices are made from a diverse range of materials such as glass, silicon, ceramics, and polymer. With rapid improvements being made in the fabrication procedures for glass and silicon materials, these substances are becoming highly suitable for manufacturing medical devices. Moreover, extensive research being performed in the domain of microfluidics is augmenting the popularity of medical equipment made from polymeric materials.

Depending on application, the microfluidic devices market is divided into point-of-care testing, pharmaceutical and life science research, drug delivery, analytical devices, clinical and veterinary diagnostics, and environmental and industrial. Amongst these, the point-of-care testing category is predicted to exhibit the fastest growth in the market in the future years. This would be a result of the fact that the point-of-care microfluidic devices offer various advantages such as precise and rapid response, low cost, negligible requirement for specialized devices, and portability.

Based on material, the microfluidic devices market is classified into polymer, silicon, and glass. Amongst these, the polymer category is currently demonstrating the fastest and the highest growth in the market.

This is because this material is a better alternative to glass and silicon,

on account of its highly inexpensive nature and quicker fabrication process.

Polymer has emerged as an ideal substrate for various point-of-care testing applications,

the market is currently exhibiting the highest growth in North America. This is credited to the rising incidence of chronic diseases,

the provision of favorable reimbursement policies,

In the coming years,

the market is predicted to register the highest CAGR in Europe,

because of the burgeoning requirement for diagnostic devices,

and the presence of quickly improving healthcare and medical treatment facilities in the region.

One of the major trends currently being witnessed in the microfluidic devices market:-

is the increasing partnerships

collaborations being announced between companies that are operating in the domains of manufacturing, distribution, or research of microfluidic devices.

These collaborations are being announced to facilitate the development of advanced devices,

and the alteration or modification of the already-existing ones.

Microfluidic devices are mainly used in drug development and drug discovery applications in the various biopharmaceutical and pharmaceutical industries.

With rapid product innovations and technological advancements, the demand for microfluidic devices is surging sharply across the world. These devices consist of diverse materials such as glass, silicon, ceramics, and polymer. The swift improvements being made in the fabrication procedures for glass and silicon materials:-

are making the microfluidic devices ideal for the production of medical devices and equipment.

Besides the aforementioned factors, the extensive research and development (R&D) projects being conducted in the domain of microfluidics are also pushing up the sales of microfluidic devices made from different polymeric materials. Additionally, the surging R&D spending in life sciences, pharmaceutical, and healthcare industries is boosting the requirement for lab-on-a-chip devices.

and the ballooning applications of microfluidic devices are causing a sharp surge in the sales of these devices.

Due to the aforementioned reasons, the global sales of microfluidic devices are rising rapidly.

When application is taken into consideration,

the microfluidic devices market is categorized into point-of-care testing,

Amongst these, the pharmaceutical and life science research category is predicted to register the highest growth in the market in the coming years.

The point-of-care testing is predicted to demonstrate the fastest growth in the market in the future years.

This is because the point-of-care microfluidic devices offer various advantages such as precise and rapid response,

low cost, non-requirement for specialized devices and equipment, and portability.

The biggest trend currently being witnessed in the microfluidic devices industry is the increasing number of partnerships and collaborations,

being announced among the companies operating in the domain of manufacturing,

distribution, or research of microfluidic devices.

Such collaborations are mainly aimed at the manufacturing of new devices and the alterations of the already-existing ones.

the microfluidic devices market will exhibit the largest expansion in North America in the upcoming years, as per the estimates of P&S Intelligence, a market research company based in India.

The main factors driving the advancement of the market in this region are the growing geriatric population,

the implementation of favorable reimbursement laws in various regional countries.

Hence, it can be said with full confidence that the sales of microfluidic devices would shoot-up all over the world in the coming years, mainly because of the growing prevalence of lifestyle-associated diseases and rapid technological advancements in these devices.