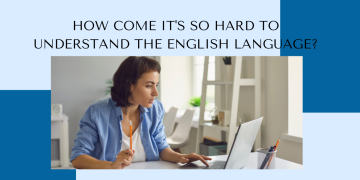 How Come It’s So Hard to Understand the English Language?

How Come It’s So Hard to Understand the English Language? 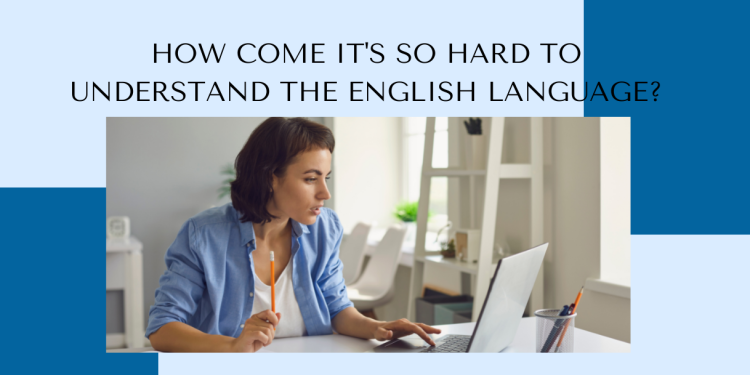 Many of you have already learned english and may be you are able to communicate in English. However, whatever the level of English you have achieved it can be examined only when you encounter to a native english speaker fro UK or USA. Why does it happen? Why investing so much time and effort, you can face brits and yanks? Well, there is no need to despair! Because, in this article, we will share why it’s hard to understand English language.

One of the reasons behind English is difficult to learn is because of mixed vocabulary. It has been estimated that 26% vocabulary in english comes from German. likewise , 30% comes from french and the same 30% from latin origin. Many of us have said that the way a letter is written and the way it is pronounced can be different. For example, you can teach someone how to write the letter “a”, however, you must teach that per how its pronunciation changes in words like hat, hate and father. Ha Ha :- ) And ofcourse, In oak it isn’t pronounced at all.

But this is not the case with the simplicity of Spanish, a language in which an “a” and other vowels rarely change pronunciation from word to word.

You can see the same difference when Laugh is pronounced larf but the similar-sounding half is not written haugh. The same dilemma can be seen with the another areas too such as: The prevalence of irregular past verbs in English. You can simply remember that the past tense of walk is walked, shout is shouted and pick is picked.

But on the other side of the coin where you see some irregular verbs such as hit, read and think. You would comprehend the difference and believe that why is it difficult to comprehend. For hit, the past tense looks and sounds the same as the present tense. For read, the past tense looks the same, but you have to pronounce it differently. This is how learning English becomes a difficult task to learn.

When you learn English, you have to face up to the fact that one of the most difficult things about English is the rules. What I mean to say that there are definitely some rules in English to follow. However, there are lots of exceptions to those rules too.  – So, the moment when you come to believe that you’ve got to grips with a rule, something comes along that will make you feel that what you knew is now contradicting it. You wil find many irregular verbs, such as “fought”, which is the past tense of “fight”, while the past tense of “light” is “lit”. So if you are looking to find English speaking classes in mumbai then you must accept that you are not only learning about the rules of english, but their exceptions too which are inextricably linked up with them for never to be ignored.

If you know English very well, then it would not be difficult for you to detect the word order which is another challenge for English learners. Students have to learn distinguishing between right and incorrect orders.

It has always been unclear as to why the words are set in such a way that they sound right. You may say “an interesting small bucket,” but “a small interesting bucket” does not sound right.

Albeit, it is grammatically correct, but the way it sounds distinguishes how it may deliver.

I am not willing to make it more complex for you to understand. But lets understand explore more about what point i am trying to make here. The way in which you are emphasising certain words in a sentence can simply change its meaning. You want to see how? Ok.. lets see and understand the following examples.

– I gave him a diary – a plain and a clear statement.

Please be relieved as if you are not used to speaking English, these may all sound the same to you. However, you will surely be able to pick up on these subtleties by being constantly exposed to English.