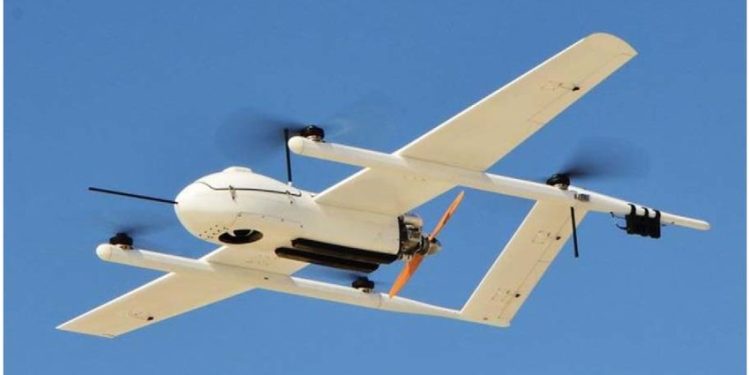 According to the Market Statsville Group (MSG), the global Fixed-wing VTOL UAV Market size is expected to grow from USD 682.3 million in 2021 to USD 4,527.2 million by 2030, at a CAGR of 23.4% from 2022 to 2030. VTOL with a fixed-wing (Vertical Take-off and Landing) Unmanned aerial vehicles, or UAVs, can hover in position in addition to taking off, flying, and landing vertically. Using highly sensitive sensors, these drones can autonomously and safely take off and land vertically on a small area. They perform well in the most difficult terrain while producing little noise.

Fixed-wing VTOL UAVs are widely used in civil and commercial applications such as photography, product delivery, monitoring greenhouse gas emissions, and wildlife research and preservation. They’re also used in agriculture, real estate, mining, and the oil and gas industries. The use of UAVs in agriculture has resulted in the evolution of precision farming, which allows farmers to monitor crop health, track irrigation equipment, and identify various types of weeds, among other things.

Rapid industrial development in the United States, China, France, and Japan has increased the demand for automation across many industries. Furthermore, increased foreign investment and technology transfer related to fixed-wing VTOL UAV platforms from developed economies to emerging economies are expected to increase demand for fixed-wing VTOL UAV platforms.

Unlike conventional aircraft, personnel operating fixed-wing VTOL UAVs must ensure the entire unmanned aerial system’s reliability, including UAVs, ground control stations, and communication equipment. These unmanned aerial vehicles (UAVs) can fly at various altitudes, but they require pilots to control and operate them and skilled personnel for remote piloting. There aren’t many pilots available for such high-precision operations. Increased commercial, law enforcement & government drone adoption adds to the growing demand for skilled fixed-wing VTOL UAV pilots. Currently, efforts are being made to improve the autonomy of these systems, thereby reducing the involvement of human operators, in order to reduce the number of accidents caused by poor control skills of operators.

Aerial remote sensing safeguards critical infrastructure such as military bases, government buildings, airports, and banks. Police and military departments benefit from fixed-wing VTOL UAVs because they must be ready to respond to any incident quickly and require timely and relevant information. These UAVs are more cost-effective than person-hours for ensuring public safety during investigations.

The study categorizes the fixed-wing VTOL UAV market based on maximum takeoff weight, operating mode,  propulsion type, range, and application at the regional and global levels.

Based application, the global fixed-wing VTOL UAV market is divided into military, government & law enforcement, and commercial. During the forecast period, the military application segment is expected to lead the fixed-wing VTOL market due to the growing adoption of these UAVs in this application. Moreover, the increasing military and defense investments by the various government will further boost the segmental growth over the forecast period.

North America is witnessed to have the largest market for fixed-wing VTOL UAVs. This is due to the high demand from the United States for fixed-wing VTOL UAVs for maritime security, firefighting and disaster management, agriculture, product delivery, and inspection and monitoring, among others. Moreover, the presence of established market players in the region, such as Lockheed Martin Corporation (US) and Textron Inc. (US), fosters the market’s growth in the region.

Major players in the global fixed-wing VTOL UAV market are: