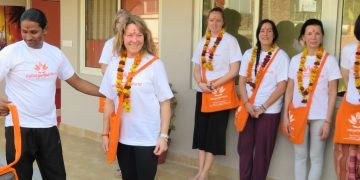 by hathayogaworld
in Health, Lifestyle
0

Essential Yoga Asanas:- You may have never known that yoga is a prevalent practice in today’s world. Yoga has a vast region to explore, and it is almost impossible to find the end of it. There are many facts about Yoga about which people have less information, found in several texts of Hinduism like Srimad Bhagwat Geeta, Rigved, and Upanishads.

Some main Yoga postures are:

Vriksh is a Sanskrit word that means tree. This pose symbolized stability, like a tree that standstill and grew higher. This pose helps kids to grow faster like trees.

It is believed and mentioned in the ancient text of India that this pose was used performed by sages for the penance of the gods, due to which the gods were pleased and gave them the desired boon—doing this pose for a long time while meditating is not easy at all.

This balancing pose needs the power of concentration and mental stability. It is also a meditative posture but a difficult one that needs lots of practice.

This pose is believed to be simple and easy to perform with many great benefits. Gomukh is a Sanskrit word that means cow face; in this position, the shape of both knees signifies a cow’s face; therefore, it is known as Gomukhasasna.

Vajra is a reference to a weapon that is used by Lord Indra (God of Rain & Thunder). This weapon is believed as the most potent and unbreakable weapon.

Vajrasana significantly influences Vajra Nadi; Vajra Nadi (Nadis are the subtle channel through which energy flow) is a pathway that carries the nervous impulses of the reproductive system and urinary system from the brain to the different parts of the body.

Practicing this pose makes the thighs like a Vajra, which is unbreakable and provides a stable base for a Yogi for prolonged meditation. It is a fact that the femur bone located in the thighs is the strongest bone of our body which supports the body’s weight and maintains the posture upright.

The name “Padma” means “Lotus” in Sanskrit; in this posture, the position of the legs seems like a lotus. Therefore, the name of this asana is Padmasana.

This asana is more popular because most of the gods in Hinduism use this asana whenever they are shown sitting on a meditation stage, like Lord Shiva, Mahatama Buddha, etc.

Padmasana is also one of the best asanas for prolonged meditation as the body becomes completely stable. This posture seems complicated initially, but with regular practice, it is perfected. By practicing this posture, the position of legs and feet provides a firm base as if made of stone.

Learn more about the Yoga poses and teach others in our 200 hours Yoga Teacher Training program. REGISTER TODAY 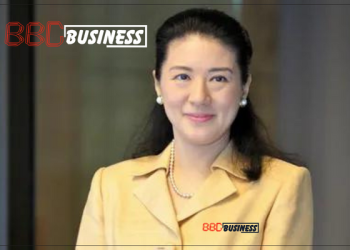