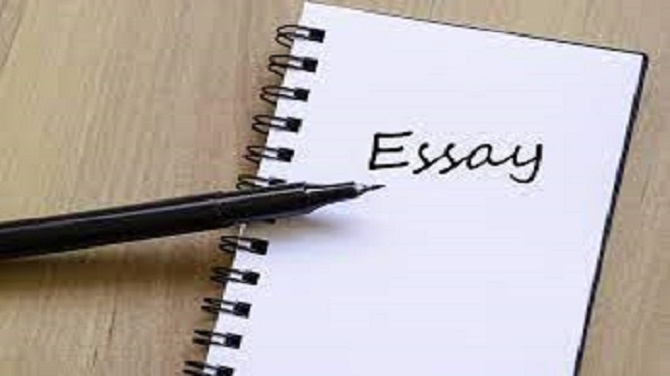 Share on FacebookShare on Twitter
Contents hide
1 Essay on diwali – The festival of lights 2021
1.1 Benefits of Diwali festival
1.2 Disadvantages in the festival of Diwali
1.3 Essay on diwali
1.4 In historically important events related to this da
1.5 On this day
1.6 Essay on Diwali your words.
1.7 Conclusion
1.8 Reference

When Diwali is celebrated: Diwali festival is celebrated on the day of Kartik Amavasya but this festival is of five days in which (Dhanteras, Narak Chaturdashi, Amavasya, Kartik Shukla Pratipada, Bhai Dooj,) hence it starts from Dhanteras and Bhai Dooj. But it ends. But there is so much joy in celebrating it. Its preparation starts months in advance. The date of Diwali festival is determined according to the Hindu calendar but it is celebrated in October, November.

Why Diwali is celebrated: There are many stories of celebrating Deepawali but we all know that on the day of Deepawali. Lord Shri Ram, along with Sita Maiya and Lakshmana came back to Ayodhya city after killing Ravana, then the residents of Ayodhya, in the joy of their arrival, cleaned Ayodhya with lamps and decorated the entire Ayodhya city with flowers, Rangoli, in this way. Diya as if she is a bride since then till today this tradition is going on. To dispel the intense darkness of Kartik Amavasya, lamps are lit and the house, courtyard and everywhere are lit up.

(1) There are many benefits from Diwali festival, due to this festival small and big traders earn a lot.
(2) The biggest benefit from this is that on the pretext of Deepawali, people clean their houses very well. It is believed that Mother Lakshmi enters their house whose courtyard is clean.
(3) Small (cottage) industries also get a lot of benefit from this festival, earthen goods, furnishings, idols of Mother Lakshmi are all made by cottage industries, which makes their livelihood, hence the festival brings happiness in their lives too. brings.
(4) In this festival, mutual love increases, in this festival everyone tries to bring sweetness in their relationship, for this Gujiya dishes and sweets etc. are made in the houses, and by giving them to each other, they bring sweetness to the mutual relations and strengthen them. Is.

Disadvantages in the festival of Diwali

It is said that Deepawali is a holy festival of Hindus, but due to our small thinking, it also has many disadvantages.
(1) Firecrackers cause a lot of damage which also affects health.
(2) Most of the people waste water in cleanliness.
(3) A lot of electrical energy is wasted in the decoration of lights.
(4) Health deteriorates due to excessive sweetness.
(5) A lot of oil is spent in lighting the lamp.
(6) People spend more extravagantly in the affair of show off.
Deepawali is the biggest festival of us Hindus, it should be celebrated with understanding and understanding and careful consideration, which will make this festival more important and full of happiness for us.

Conclusion: The festival of Diwali is a festival of happiness, it brings happiness in our lives. It teaches us to live life in a new way, inspires us to move from darkness to light. Some people see this festival from a wrong perspective, which is a bad thing for the society, so these evils should be avoided, crackers should be burst carefully and it should also be kept in mind that no one should hurt anyone’s mind. It should also be kept in mind that there should be no trouble or loss, or trouble, we all should celebrate this festival together and make the name of this festival Deepawali meaningful.
Also read:- Essay on Dussehra-Vijayadashmi

In Hinduism, there is some festival every day, but the main festivals in these festivals are Holi, Dussehra and Deepawali. The festival of Diwali, which spreads light in our lives, is celebrated on the new moon day of Kartik month. It is also known as Jyotiparv or Festival of Lights. On this day the dark night of Amavasya is lit up with the light of lamps and candles. With the end of the rainy season, the standing paddy crop is also ready in the fields.

The festival of Diwali falls on the new moon day of Kartik month. The specialty of this festival is that there are five festivals in the week in which this festival falls. For this reason, there is joy and enthusiasm among the people throughout the week. Dhan Teras festival comes before Diwali. It is believed that some new utensils must be bought on this day. Buying new utensils on this day is considered auspicious. After this comes Choti Deepawali, then comes Deepawali. The next day comes the Govardhan Puja and finally the festival of Bhaiya Dooj.

Like other festivals, many religious and historical events are associated with Deepawali. Lakshmi, one of the fourteen gems obtained by churning the ocean, also appeared on this day. Apart from this, according to Jainism, the Mahanirvana of Tirthankara Mahavir is also on this day. happened. Sri Rama, the ideal man of Indian culture, returned to Ayodhya along with Sita Lakshmana after conquering the King of Lanka Ravana, on his arrival in Ayodhya, the people of Ayodhya decorated the houses to welcome Lord Shri Ram and made a lamp in the night.

In historically important events related to this da

The sixth Guru of the Sikhs, Hargobind Singh was freed from the prison of the Mughal ruler Aurangzeb. King Vikramaditya was sitting on the throne on this day. Sarvodayi leader Acharya Vinoba Bhave ascended to heaven on the day of Deepawali. Great men like Swami Dayanand, the founder of Arya Samaj and the famous Vedanti Swami Ramtirtha, had attained salvation on this day.

This festival is celebrated with great enthusiasm. On this day, due to the lighting of lamps and candles by people, the new moon night of Kartik month turns into full moon night. Everyone waits for the arrival of this festival. The general public, where a month before the arrival of this festival, gets involved in cleaning the houses, painting and painting. At the same time, merchants and shopkeepers also start decorating their shops. This festival With this the business people start their books of accounts. There is a fair like atmosphere in the market on this day. The markets are decorated with archways and colorful flags. Sweets and crackers shops are well decorated. There is a lot of sale of sweets and sweets on this day. Children buy bombs, sparklers and other fireworks as per their wish.

Lakshmi Puja is performed during the night. It is believed that Lakshmi arrives at night on this day. People exchange sweets with their best friends and take the good wishes of Diwali. This festival also has a different significance from a scientific point of view. Fireworks released on this day and cleaning done in the houses eliminates the germs prevalent in the environment. By cleaning the house and shops, where the environment becomes pure, it also becomes healthy.

Some people gamble and drink alcohol on this day, which is a kind of stigma on this festival of good luck. Apart from this, accidents occur due to accidents during the release of fireworks, due to which there is loss of money and people. These evils need to be curbed.

Essay on Diwali your words.

Diwali is a festival symbolizing the victory of light over darkness. It is a major festival of Hindus. It is celebrated every year on Kartik Krishna Amavasya. Deepawali is such a festival, after which many festivals are celebrated. This festival begins with Dhanteras, on which people buy Lakshmi, Ganesha, utensils and items of worship. Dhanteras is also celebrated as Dhanvantari Jayanti. Dhanvantari was the head of Vaidyas.

Narak Chaturdashi is the second day of Dhanteras. Extensive cleaning is done on this day and a lot of decoration is done outside the house for the arrival of Goddess Lakshmi. It also has the distinction of being called Choti Deepawali. On this day, lamps of mustard oil are kept lit around the house and on the second day praise and worship is done for the invocation of Goddess Lakshmi. After Dhanteras, Narak Chaturdashi comes the much awaited Diwali festival.

From early in the morning, the work of worshiping Diwali and decorating the houses starts. Some people worship Bhagwati Lakshmi even at 12 o’clock on the day of Diwali.

There are many stories about when the festival of Deepawali started, in which the most popular and accepted story is that when Lord Rama came back to Ayodhya after killing Ravana, people gathered outside to welcome him. Lamps were lit everywhere.

The custom of lighting a lamp has been going on since then. There should have been a law to worship Shri Ram on this occasion, but nowadays people worship Lakshmi, Ganesha. According to Hindu scriptures, Lakshmi is the goddess of prosperity and wealth. This is also the specialty of Lord Ganesha.

While there are many virtues in the festival of Diwali, there are also some demerits of this festival. Diwali is an expensive festival. Some people celebrate this festival with pomp even by taking loans. They put on new clothes, send cards and sifting through sweets.

The result is if the festival falls in the middle of the month or at the beginning of the month. So the common citizen has to spend the whole month due to financial problems. In this way, instead of being pleasant for the common people, this festival proves to be a cause of sorrow (debt).

There is also a common belief about the Diwali festival that gambling for this festival pleases Lakshmi and brings money throughout the year. How much superstition is ingrained in the minds of the people. Due to this superstition, this great festival of worship of Lakshmi and Ganesh becomes the cause of sudden crisis of the people. Some people lose their all in gambling in one night.

Due to the time and circumstances, all the money which is wasted in firecrackers, sparklers in celebrating this festival should be stopped. Due to this, our money is handed over to the fire, along with it sometimes such accidents also happen, which make a person crippled for life. Go to Homepage