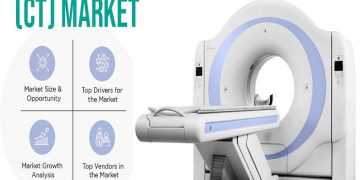 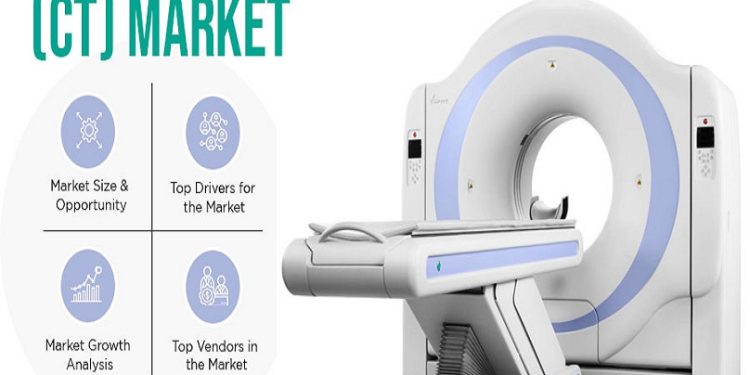 Over 9.6 million people die from cancer every year, says the World Health Organization (WHO). The disease has several genetic factors as well as external factors, such as smoking, radiation exposure, and certain infections. Apart from the fact that the disease has no sure-shot cure, another reason for the high mortality rate is that either it is misdiagnosed or diagnosed in the later stages. An important tool in detecting tumors is computed tomography (CT), which fires X-rays from numerous angles to create a 2D or 3D image of the internal organs.

Thus, with the increasing prevalence of cancer, the computed tomography market is growing across the world. And, it is not just cancer which the CT can detect, but also lesions, edema (swelling), clots, aneurysms, calcified masses, hemorrhage, bone trauma, infarctions, glandular dysfunction, bronchial wall thickening, embolisms, and even complex fractures. This is what makes a CT scanner such important equipment at medical settings. Apart from diagnosing diseases, CTs are also used to guide surgeons during operations, especially minimally invasive surgeries, and to track the effect of therapy.

These systems come in low-, medium-, and high-slice variants; slice count is the number of portions a body part can be virtually cut into. It is the same as cutting a potato from top to bottom, with humans having the flexibility of how thin they want the slice. For instance, if cooking an au gratin, the slices can be fairly thick, but for chips, they literally need to be wafer-thin. In the case of CT, the higher the slice count, the thinner the slice is.

Sometimes, while cutting the potato, it is found that the rot or bad part is quite deep.
This is the significance of slices in a CT scanner; it helps doctors see what is wrong, fairly deep into the tissue. In the coming years, the demand for high-slice CT scanners is expected to rise the fastest, simply because they look inside the body better and diagnose various conditions. All these types of scanners are used by diagnostic centers and hospitals, of which hospitals currently account for higher use, as they cater to a larger number of patients. In the near future, with the growing awareness about low-cost early disease detection, the usage of these machines would rapidly increase at diagnostic centers.

With time, CT scanners are undergoing rapid technological advancements, which have already yielded hybrid systems. This type of equipment combines two imaging modalities, to overcome the shortcomings of individual techniques and result in a more-accurate scan and more-effective diagnosis. Another development being seen in these systems is the integration of radiation dose management software. Working on the X-ray technology, CT scanners emit high amounts of ionizing radiation, which can cause harm, if not managed properly.

Compared to X-ray, fluoroscopy, and PET machines, CT scanners give off considerably higher amounts of radiation, which can cause cancer, in extreme cases. Thus, the U.S. Food and Drug Administration has imposed stringent guidelines on the medical sector to check the amount of radiation being emitted from such machines. At healthcare centers, it is not just patients who are at risk of radiation sickness, but also doctors, other staff, and even those who have come to meet someone.