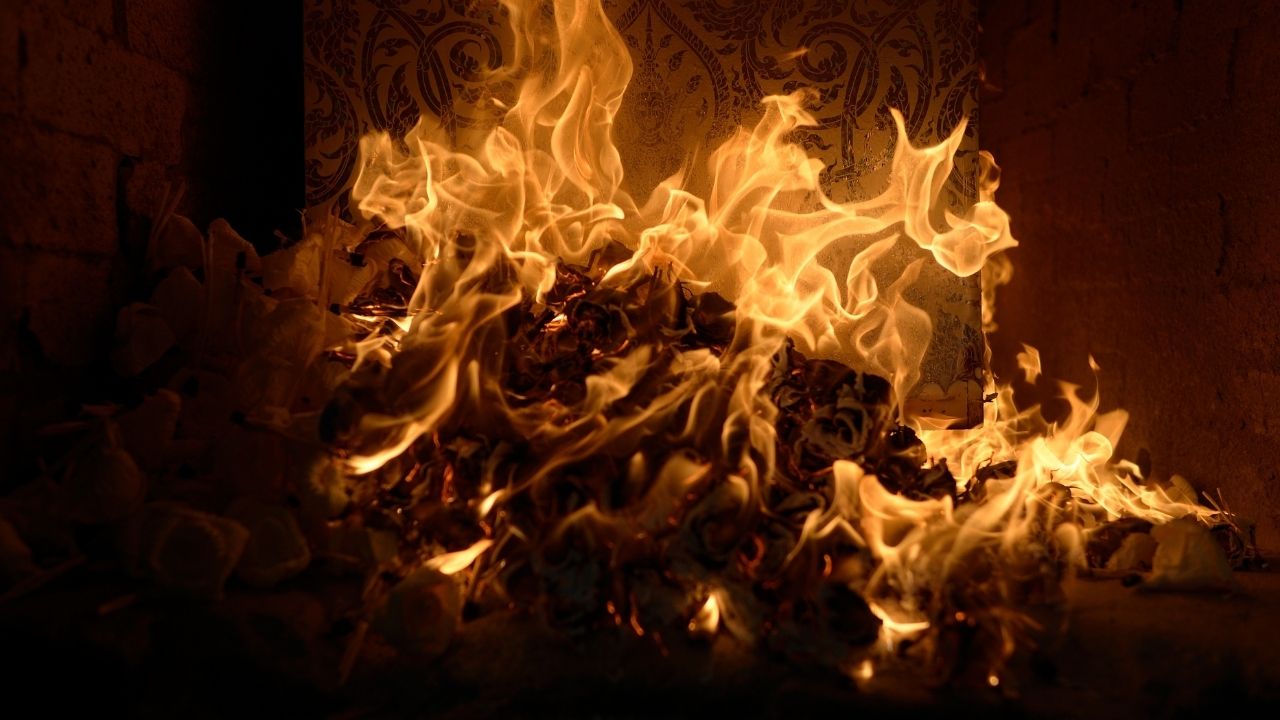 by steveant03220
in Investing, Lifestyle
0

One of the most important questions that very few people dare to ask is what should happen to their own bodies after death. Dealing with one’s own impermanence is not a popular topic of conversation and most of us like to ignore it. It would be good to find out for yourself either to perform burial or cremation and to record how things should go on with the bodily shell after death so that ultimately you do not have to burden the bereaved with this responsibility.

The relationship to cremation has thus been reversed since the early 1990s. 30 years ago, 70% of all deceased were buried in a coffin in the ground in the cemetery.

In the case of burial, the body is buried in a coffin in the ground in a cemetery. According to the law, there is no alternative to coffins and cemeteries in Germany if the body is not cremated.

Procedure of a burial

Everyone is free to decide whether a burial with a memorial service should take place or an unaccompanied burial in the cemetery. However, many family members find it comforting and helpful to attend a memorial service. Saying goodbye to loved ones and friends can help them understand the loss and begin their personal grief work.

Farewell to the open coffin

Most of the time, the coffin is laid out in the funeral hall of the cemetery so that the relatives can say goodbye to the deceased one last time. It is quite common for the coffin to be open so that relatives can see the deceased one more time. Before the funeral service, the body is prepared for laying out by a thanatopracteur. At the burial, the deceased can wear their own clothes. Whether shoes and belts are also permitted is regulated individually by the cemeteries.

The laid-out coffin is carried to the excavated grave in the funeral hall after the funeral service. Usually, four to six employees of the cemetery or volunteer pallbearers take care of this – but relatives and friends can also carry the coffin if requested. Since a dignified and smooth burial requires skill and practice, most undertakers advise against inexperienced porters. Then the coffin is let into the gravesite and the mourners can say goodbye one last time. Often the relatives throw earth or flowers on the coffin, which underlines the “earth to earth” symbolism. After the burial, the gravesite is given a public sign in the form of a grave or memorial stone.

The cremation process starts when a corpse is transferred to the crematorium in a coffin by the undertaker. The coffin is also mandatory for cremations. It serves both as a means of transport and to preserve the dignity of the deceased. The choice of the crematorium is fundamentally up to the relatives, although the funeral directors usually make a suggestion. Immediately before cremation, the second examination by a medical officer, which is mandatory for cremations, takes place in the crematorium in order to unequivocally rule out an unnatural cause of death. In addition, a written cremation decree is required, which the deceased must have signed. In the absence of this order, the relatives must confirm before the cremation that it was the express wish of the deceased to be cremated.

Many crematoriums also offer the option of organizing a funeral service or a farewell ceremony at the coffin, which is open if desired, before cremation. In principle, there is also the possibility that the relatives are present when the coffin is handed over to the flames.

The body is then cremated in the crematorium. A refractory stone with a number is attached to the coffin so that the ashes can also be clearly assigned to the deceased. The ashes are put into an ash capsule and this is taken to the undertaker, the cemetery or the shipping company for burial.

What happens after the cremation continues?

Unlike in the case of burial, in which the further path of the coffin is regulated by law, the burial of the ashes can be designed much more individually. We introduce you to the possibilities:

The urn can be buried in an urn grave in a cemetery. Cemeteries offer very different forms of graves. Depending on the budget and the subsequent maintenance effort, you can choose between an anonymous communal grave, a partially anonymous gravesite, a row and an elective grave. Many cemeteries also offer columbaria or steles for the burial of the urn at a cremation. The columbarium was originally the name for a dovecote. Because of the visual similarity, niches placed one above the other to accommodate urns are now also called this.

People who are close to nature have the opportunity to have their ashes laid to rest in one of the many cemetery forests or quiet forests. Tree burials powerfully symbolize the eternal cycle of “passing away and becoming” and it is a consolation for many people that their ashes, mixed with earth, form the basis of new life.

There, urns that can be buried with the ashes of the deceased can be buried in the forest or on a meadow in the root system of trees.

Interested parties can choose “their” tree under which they would like to be buried during their lifetime. Do you find it comforting to lie close to your loved ones after death? In a cemetery, there are also special partner and family trees. The tree burial is rounded off by a funeral service held in the open air on the quiet tree with loved ones.

If a person felt particularly connected to the sea during their lifetime, burial at sea is a dignified and suitable alternative to the urn grave. Even without a biographical connection, many like the idea of ​​returning to the element of the origin of all life after death.

As part of a cremation, the body is first cremated. The urn with the ashes is then transferred to a shipping company for burial at sea. The procedure of burials at sea is based as far as possible on the individual wishes of the deceased or his relatives. With this type of natural burial, the urns are generally buried from a ship. Since the ashes are not allowed to be scattered on the sea, they are handed over to the sea in a water-soluble, weighted urn. The burial takes place outside the three-mile zone in an area where fishing or water sports are prohibited.

For a dignified farewell, a mourning community of up to 90 people on board can remember the deceased with a funeral service and then be there when the urn is lowered into the water and after a few minutes sinks gently into the sea. The moment of farewell is accompanied by the ringing of the ship’s bell and, if desired, with music.

Burials in trees and at sea are currently the only two permissible alternatives to burial in a cemetery. Unlike, the funeral laws in countries like Switzerland or the Netherlands are much more liberal and allow a variety of alternative burial options. If you want something more individual for your resting place, you can have your ashes transferred abroad and take advantage of the options offered there. Some of them are:

In this variant of the burial, a diamond is made from part of the ashes in a complex process after cremation. Carbon is isolated from the ashes of the deceased, then transformed into graphite and finally pressed into a diamond, which is given to the relatives as a very special memento. Interested parties must therefore have the ashes transported abroad, e.g. the Netherlands or Switzerland.

This is another form of natural burial. The ashes of the deceased are placed in the wild on an alpine meadow or scattered in all directions. To do this, the ashes must be transferred to Switzerland.

This term covers various variants in which the ashes of a deceased are scattered from a great height. The ashes are scattered in the air from a hot air balloon, an airplane, or a weather balloon.

The tree of life burial

It is a beautiful and very symbolic alternative to cemetery graves and can be seen as a variant of tree burial. For this purpose, the ashes of the deceased are transferred to a contractor abroad, e.g. in Switzerland or the Netherlands. There the ashes are mixed with mother earth and planted in a pot together with a young sapling that has been selected beforehand. The tree draws all the nutrients it needs from the ashes. After a rooting period of 6 to 12 months, the tree is ready to be transplanted and given to relatives.

The touching idea behind it is that a tree grows out of the ashes, in which the loved one lives on. Something living remains of him with his relatives and serves as a beautiful, blooming memory throughout his life.

Also Read: Tips For Dealing With Breathing Problems When Running

There are usually around 10 to 25 days between the date of death and the date for the urn burial. However, the legal deadlines differ depending on the federal state. As with burial in the ground, all regulations have in common the waiting period of 48 hours. There is enough time in the two to three weeks to organize the funeral service, that is, to choose a funeral home, find a cemetery and grave, order the funeral papers and plan the farewell ceremony.

Cheaper than a burial

Compared to a burial cremation is cheaper, since the cost of each item to be lower. Use of the grave, the gravesite and the design of the grave cost less than a coffin grave. A simple cremation coffin made of plywood is also sufficient for cremation in the crematorium.

In contrast to a single grave for a burial, relatives have to spend less time keeping the gravesite in a well-tended condition. If the urn is buried outside the cemetery walls in natural burial, the grave costs and grave maintenance are even completely eliminated.