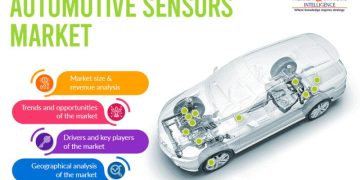 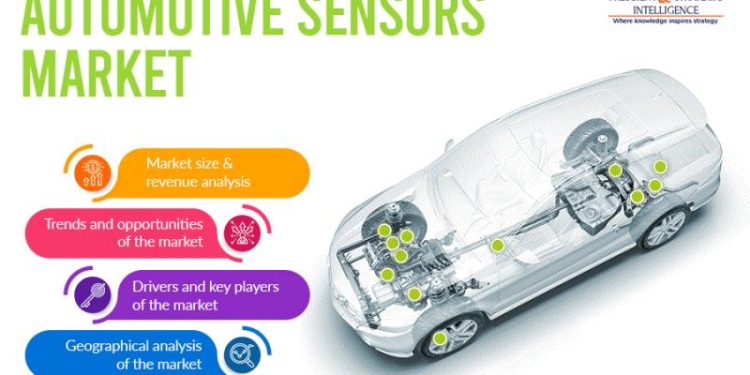 From $25,723.8 million in 2019, the global automotive sensors market value is predicted to surge to $58,215.3 million by 2030. According to the forecast of the market research firm, P&S Intelligence, the market will demonstrate a CAGR of 7.4% from 2020 to 2030. The enactment of policies that encourage the adoption of automobile safety systems and the burgeoning need for lower greenhouse gas (GHG) emissions, on account of the escalating pollution levels, are propelling the progress of the market.

For instance, in Europe, several regulatory bodies and governments have made the adoption of driving assistance features, such as advanced emergency braking, emergency stop signal, tire pressure monitoring, lane keeping assist, drowsiness and attention detection, reversing camera, and intelligent speed assistance, mandatory in order to mitigate the occurrence of road accidents, which claim around 1.3 million lives every year, as per the findings of the World Health Organization (WHO). The organization also reveals that around 20–50 million people suffer injuries because of road crashes every year.

Furthermore, many countries are investing heavily in the development of advanced sensors, which is also creating growth opportunities for market players. Many automotive giants and global investors are actively focusing on manufacturing advanced sensors. For instance, in December 2019, Porsche Automobil Holding SE, a subsidiary of Volkswagen AG, invested heavily in a light detection and ranging (LiDAR) system manufacturing startup called Aeva Inc. Additionally, an investment of $100 million was made by Moore Strategic Ventures LLC, G2VP LLC, and The Westly Group in Luminar Technologies Inc. in July 2019.

Depending on type, the automotive sensors market is classified into optical sensors, temperature sensors, pressure sensors, position sensors, motion sensors, oxygen sensors, gas sensors, torque sensors, and level sensors. Out of these, the optical sensors category is predicted to demonstrate the fastest growth in the market in the coming years. This is credited to the fact that the use of these sensors will rise sharply, on account of the mushrooming deployment of autonomous vehicles in many countries.

The market is also categorized, on the basis of application, into powertrain, body, chassis, and advanced driver assistance system (ADAS). Out of these, the powertrain category contributed the highest revenue to the market in the past. This was because of the large-scale utilization of powertrain sensors in the transmission, alternator, and engine of conventional internal combustion engine-powered vehicles. Geographically, the sales of automotive sensors were found to be the highest in the Asia-Pacific (APAC) region in the past, and the region is predicted to be the fastest-growing one in the market in the coming years.

This is attributed to the fact that China is one of the world’s largest automotive sensor markets, owing to its high manufacturing capacity and the rapid automotive innovations that are taking place in the country, such as the development of autonomous vehicles. These automobiles require a large number of advanced automotive sensors for efficient functioning, and thus, their growing deployment is driving the expansion of the market in the APAC region.

Hence, the sales of automotive sensors will rise enormously in the coming years, mainly because of the growing adoption of electric vehicles and implementation of strict vehicle safety regulations across the world.