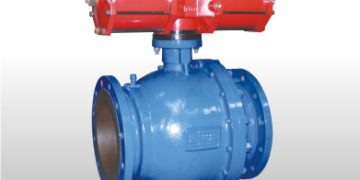 All You Need To Know About Trunnion Mounted Ball Valve

All You Need To Know About Trunnion Mounted Ball Valve 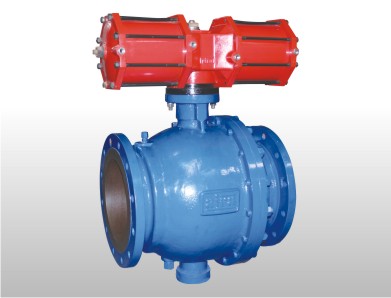 Ball valves mounted on a trunnion are available in many different configurations. They are highly customizable, so you can choose the size, type, and actuator that is right for you. The following are some common types of trunnion ball valves.

Based on Body Configuration

How a valve can be accessed for maintenance or repair depends on its body configuration. Based on the configuration of the body, there are two types of trunnion mounted ball valves.

The ball is installed from the top of the ball valve when it is mounted on a trunnion. A removable bonnet cover is attached to the top of this type of ball valve. The internal parts of the valve can easily be accessed by removing the bonnet without removing the valve from the pipeline.  This feature reduces maintenance costs.

Ball valves with side entry are also known as split body trunnion mounted valves. Ball valves are divided into two or three pieces which are bolted together like flanges. One piece of the body is always larger than the others. The larger piece holds the ball and the stuffing that surrounds it. Because the smaller piece can be removed to access the valve, these valves are simpler to inspect and repair.

Based on Valve Bores

The bore of the valve is the hole that is located in the middle of the disk or ball. Ball valves mounted on a trunnion can be divided into two types based on their bore sizes.

Full bore valves have a bore that matches the diameter of the pipeline they are connected to. When the valve is open, the medium can flow freely through the bore without being restricted. They are used when pigging is required.

Half bore trunnion valves have a bore size that is smaller (normally reduced bore trunnion ball valves are as per API 6D or customer specifications)than the diameter of the pipeline. The flow path of the medium is restricted, which causes higher energy losses.

The body of the valve may be composed of one, two, or three pieces connected by welded joints. Depending on the number of pieces, there are two types of trunnion mounted ball valves.

There are two pieces of housing that are threaded together to form this valve. One piece of the housing can be opened to access the valve for cleaning or repair. The valve must be disconnected from the pipeline before the housing can be removed.

The trunnion mounted ball valve is one step ahead of the two-piece design.

Based on The Connection Between The Body and Bonnet

The body and bonnet are connected by bolts. This style is easy to maintain. When necessary, the user can disassemble the valve by the bolt for repair.

Body and body are connected by welding.  This type of connection reduces the risk of leakage from the joint between the body and the bonnet.

Based on Valve Seat

Soft seat ball valves are ball valves with the soft seat, such as PTFE, RPTFE, NYLON, PEEK, PPL, Delrin, etc. A soft seat is easier to seal while being suitable for common temperatures, usually no more than 260 degrees Fahrenheit.

Metal Seated Trunnion Ball Valve is usually used for fluids with solids or at high temperatures. A Stellite or WC surface is commonly applied to the metal surface of the seat to enable it to withstand high temperatures or solids in fluids.

Based on Body Material

Carbon Steel Trunnion Ball Valves are made with carbon steel bodies such as ASTM A216 WCB and ASTM A105.

Aira Euro Automation is a leading Trunnion Mounted Ball Valve Manufacturers in India. We have a wide range of industrial valves.