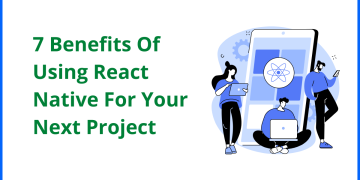 7 Benefits Of Using React Native For Your Next Project

7 Benefits Of Using React Native For Your Next Project

by Steven Martin
in App Development
0 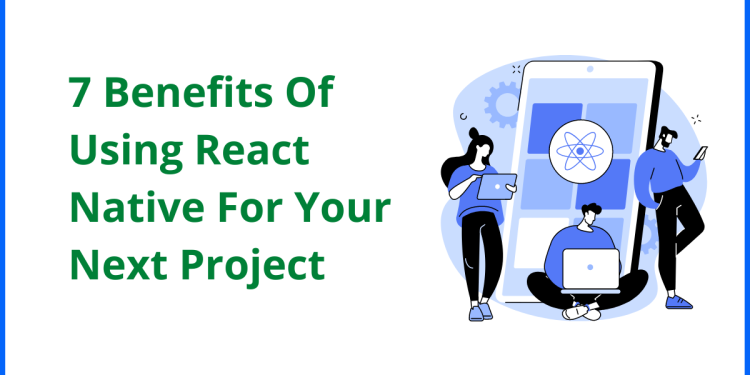 In this post, we will be talking about the benefits of using React Native for your next project.

There are ample benefits of using React Native for mobile app development.

The combination of building blocks from the Native user interface with JavaScript gives the user a native look and feel experience. The best thing about React Native is that the blocks are the same for Android and iOS platforms, which seems that the app is the same for both platforms.

One of the advantages that developers get while using React Native is that they can edit and check the update in real-time. The changes can be seen once the screen gets refreshed.

With the help of React JavaScript library, the interface becomes fast and responsive. React Native has great rendering abilities and uses a component-based approach, making the app’s UI design simple and complex.

Developing an app using React Native becomes cost-effective for business owners, as the same code can be used twice to develop an app for two different platforms.

If you are planning to develop your app from scratch, it may be expensive for you. In this scenario, React Native offers various third-party plugins which can be implemented to enhance app functionality and performance.

To know more about these plugins, you can connect with your React Native development company for better assistance.

7) Growing All The Time

No one can say React Native is the oldest framework as the developer community keeps on working with its framework to introduce some new features, which makes React Native one of the growing frameworks all the time.

No doubt, React Native will be one of the most famous frameworks among developers because of the features and benefits it provides while developing an app. You can avail of React Native development services if you are planning to develop your business app.

Steven Martin is a senior app developer at AppsChopper, who is not only passionate about coding, but also likes to share his knowledge via writing unique content. He is dedicated towards his work, and stays updated with all the latest technologies trending in the market.