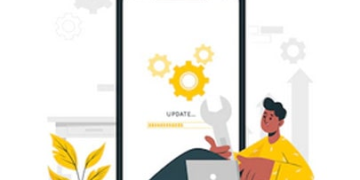 Is Kotlin the right choice for your project?

by jamesfarndise
in App Development
0 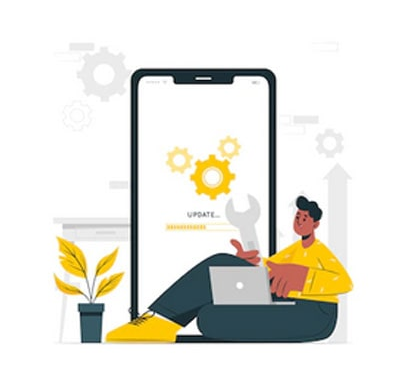 Introduction: What is Kotlin? What are its advantages?

Kotlin is a programming language created by JetBrains. Kotlin is an open source language that has many advantages over other languages. Kotlin is statically typed, which means that there are no automatic type conversions during runtime. This makes code more concise and easier to read. Kotlin also has strong support for functional programming features, which allows developers to write code in a more concise and readable way. Finally, Kotlin is highly interoperable with Java, making it easy for developers to move their code over to Java platforms. Kotlin has many advantages over other languages, including:

1) Kotlin is easy to learn and use.

2) It’s fast and compiles to Java bytecode, so you can use the same tools and libraries that you would use for Java development.

3) Kotlin is interoperable with Java, so you can easily call Java code from your Kotlin code.

4) Kotlin supports coroutines (a type of threading), which makes it a great choice for asynchronous programming.

5) Kotlin has built-in support for functional programming features, such as map and filter functions.

6) You can also use Kotlin to create mobile apps, web applications, and desktop applications.

What is the Kotlin language syntax?

Kotlin is designed to be concise, efficient, and fun to use. Kotlin is compiled to Java bytecode, so it can be used in any Java-based project. The Kotlin syntax is very similar to the Java syntax, but there are some key differences. For example, Kotlin functions are called by using the function keyword followed by the function name and the argument list. There are also several other features that make Kotlin unique. For example, you can use curly braces to group items together and lambdas to create anonymous functions.

Kotlin development platform: Can I use Kotlin on my own project?

Kotlin is a new programming language that has been growing in popularity lately. It promises to be fast, concise, and more reliable than other languages like Java. So can you use Kotlin on your own project?Yes, you can use Kotlin on your own projects. In fact, Kotlin is a great language to use for developing mobile applications. It’s fast, concise and interoperates well with other languages. If you’re looking for a new programming language to add to your toolkit, Kotlin would be a great choice.

The Kotlin compiler: How does it work?

Kotlin is a new programming language that was introduced in February of 2016. It is a statically typed, Java-like language that runs on the JVM. The Kotlin compiler takes your Kotlin code and turns it into Java bytecode. Then the Java compiler will take the bytecode and create an executable file. There are several benefits to using the Kotlin compiler over other Java compilers: Kotlin is designed to be more concise, easier to read and maintain, and faster to write. In addition, Kotlin has some powerful features like lambdas and extension functions that make developing robust applications much easier. If you’re looking for a new programming language to learn or want to switch from Java, then Kotlin may be a good option for you!

Testing Kotlin applications: Is it easy to do?

Kotlin is a statically typed programming language that runs on the JVM. It was created by JetBrains and was initially released in March of 2017. Kotlin is quickly gaining popularity as an alternative to Java, with many developers citing its fast execution speeds and concise codebase as key advantages. However, one of the biggest challenges facing developers who want to adopt Kotlin is ensuring that their applications are easy to test.

Fortunately, testing Kotlin applications is not difficult. In fact, it can be done quite easily using both unit and integration tests. Additionally, modern IDEs like IntelliJ Idea provide excellent support for writing tests for Kotlin code. So if you’re looking to bring your Java application into the 21st century and start using Kotlin, don’t worry – testing it is easy!

Using Kotlin in production: What are the risks and benefits?

Kotlin is a statically typed programming language created by JetBrains and first released in 2014. It has rapid development cycles, efficient garbage collection, strong support for functional programming and reactive programming, and a concise syntax. However, it’s not without its share of risks.

First and foremost is that Kotlin is a new language with less than two years of development history. As such, its library and tooling are still in flux and may not be fully stable or comprehensive. Additionally, Kotlin is an open source project that may have incompatible changes made to it by third-party developers. Finally, as Kotlin is compiled to bytecode rather than source code like most mainstream languages, it runs slower on portable devices than languages that are interpreted.

Despite these risks, there are many benefits to using Kotlin in production.

In conclusion, Kotlin appears to be a promising option for development projects that require a concise, performant language. However, it still has some kinks to work out, so prospective Kotlin developers should do their research first and an excellent guide to hire Kotlin developers.